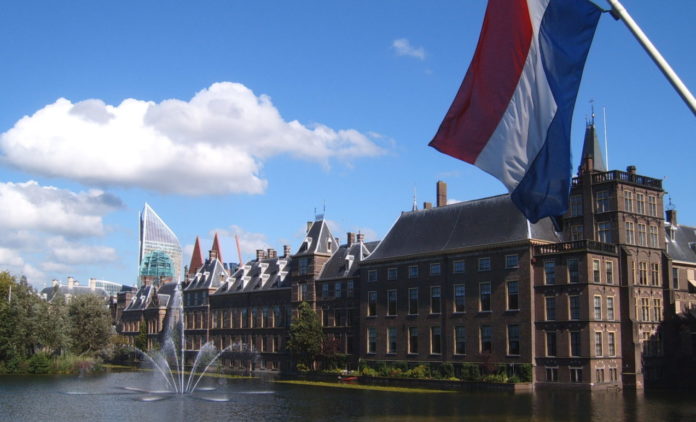 General elections will be held in the Netherlands on Wednesday, March 15 to elect all 150 members of the House of Representatives (Tweede Kamer). With the election only weeks away, Eindhoven News takes a look at the Dutch political system and the main players in this year’s race.

Elections are held every four years using the proportional representation system. This means any party – however small – stands a chance of winning seats. The voting system differs to that of the US and UK in that voters choose parties rather than individual candidates.

The multi-party system, common in countries that use proportional representation, has been in place in the Netherlands since 1918. The system makes it difficult for any sole party to gain a parliamentary majority; parties therefore tend to form coalition governments. The current Dutch government is a coalition of the VVD (People’s Party for Freedom and Democracy) and the PvdA (Labour Party). VVD leader Mark Rutte is Prime Minister.

The main parties involved in the 2017 general election are:

Currently the largest political party in the Netherlands, The People’s Party for Freedom and Democracy is an economically and culturally liberal party that supports the free market and private enterprise. The party’s manifesto is centred around four themes: democracy, security, freedom, and citizenship. The VVD is a proponent of the welfare state.

The Labour Party’s centre-left vision focuses on issues such as welfare, social security, employment, and healthcare. The party, which has strong support in major cities such as Amsterdam and Rotterdam, calls for reduced competition between health insurance companies and wants to curb “own risk” healthcare costs. It also proposes a €500,000 cap on mortgage tax breaks and says housing benefit payments should be based on ability to pay rather than official income. A member of the Party of European Socialists, the Labour Party is in favour of European integration.

Although a Christian party, the CDA has Jewish, Muslim, and Hindu members. Its core principles are justice, solidarity, shared responsibility, and stewardship. The party believes that no one level of state should hold total power, instead advocating shared responsibility between local, provincial, national, and European government (referred to as subsidiarity in Catholic political speech). The Bible is treated as a source of inspiration, rather than a rulebook.

Self-described as “social Christian”, ChristenUnie is the most left-leaning of the three Dutch Christian parties. The party opposes same-sex marriage, euthanasia, abortion, and toleration of soft drugs. They also call for fairer treatment of asylum seekers, particularly those facing religious persecution. Dutch representatives of Greenpeace have labelled ChristenUnie the Netherlands’ greenest political party.

The party’s main principles are a sustainable environment and social justice. Key points in GroenLinks’ manifesto include protection of the planet and ecosystems, respectful treatment of animals, fair distribution of natural resources and income, the right to education, care, and work, and an increased international focus on peace and human rights. GroenLinks has never been in government.

Made up of both radical democrats and progressive liberals, D66’s core values are based on direct democracy and it supports electoral reforms such as binding referendums, abolition of the Senate, and direct election of government officials. The party also favours a more flexible labour market, as well as tax cuts for the middle and working classes. On the liberal side of things, D66 was part of the first Wim Kok cabinet, which introduced the legalisation of euthanasia, gay marriage, and prostitution.

The Socialist Party’s manifesto includes principles such as dignity, equality, and solidarity and it focuses on issues such as employment, social welfare, and investment in public education, public safety, and healthcare. The party is not in favour of European integration and is critical of globalization. The SP is part of the opposition (to the Second Rutte cabinet).

Anti-immigration and anti-EU, the Party for Freedom favours Judeo-Christian and humanist traditions and believes immigrants should adapt accordingly. The party opposes what it calls the “Islamisation of the Netherlands” and has called for a halt to immigration, especially from non-Western countries. The PVV saw a boost in opinion polls last year when peroxide-haired leader Geert Wilders was convicted of inciting discrimination for comments he made about Moroccans.

Originally founded to advocate for pensioners’ rights, 50PLUS is all about protecting the elderly. Starting with putting the retirement age back to 65. The party’s election campaign focused on more rights for elderly citizens, describing them as being treated like “second class citizens” by the current government. 50PLUS calls for a fixed number of seats for the elderly on public transport, and tax incentives for citizens whose elderly parents live with them. The party also supports regulation of the cannabis industry, reduced online anonymity to prevent illegal downloading, and tougher immigration rules.

The Reformed Political Party is an Orthodox Protestant Calvinist party, with strong support in some orthodox reformed municipalities. With its views based exclusively on the Bible, the party sees governments from local to international levels as servants of God. The SGP strongly supports the separation of church and state and opposes freedom of religion. Believers in the rules of law and order and parliamentary procedure, the party is in favour of reinstating the death penalty.

The world’s first political party to win parliamentary seats with an agenda focused mainly on animal welfare, the Party for the Animals focuses primarily on the protection of animals (obviously), as well as the environment and conservation. PvdD leader Marianne Thieme is a Seventh-day Adventist, a Protestant Christian faith that observes the Sabbath and emphasises the Second Coming of Jesus Christ.