Family and friends paid an impressive tribute to Antony, Elvis and Levi on Monday afternoon. The three boys were killed in an accident in Helmond on Saturday night.

At Berenkuil in Eindhoven, a huge graffiti artwork has appeared for the boys. “They have earned this”, Elvis’ uncle Robby Roos told Omroep Brabant.

The Four Musketeers
Robby pictured his nephew with a huge cup. “That one is from the Dutch Skateboarding Championships. He was a quiet boy, but he was very active with sports”. He is pictured wearing a shirt with the names of his three friends on it. Also the name of Kane, who is still in hospital at the moment. “We wanted to name them all. It was the four musketeers in a car”.

An ambulance collided head-on with a car containing the four boys, aged 15 and 16, from Eindhoven and Nuenen on Saturday night. Kane survived the accident and was heard from the hospital on Monday. A Snapchat picture shows him lying in a hospital bed and raising his fist.

Flowers and fireworks
The dramatic accident caused a stir. Hundreds of people came to the scene of the accident on Sunday afternoon to show their support. Flowers were laid and fireworks were set off.

The police are still investigating how the underage boys got into the car. A cylinder of laughing gas was found near the accident, but whether there is a connection with the collision is still being investigated.

Birthday
“You notice that this tragedy has become very much alive in Eindhoven. We also get plenty of reactions from PSV”, the uncle says. The boys were big fans of the football club. “The sympathy we receive from everyone gives us a very warm feeling”, Roos continues. “It’s great to feel this way”. He bursts into tears a little later: “You should know what we are going through. Saturday would have been Elvis’ birthday. He would have been seventeen”, he sobs.

The Berenkuil is the name for a number of bicycle tunnels. They run under the junction of Eindhoven’s inner ring road and the A270 motorway to Helmond and meet in a pit. It is legal to spray graffiti there. 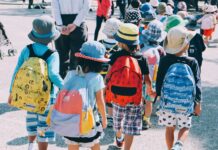 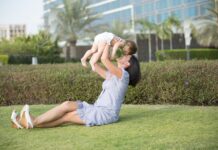 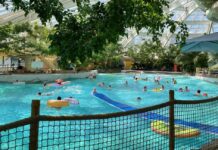