After 25 years, Laco Nederland is no longer the operator of beach pool Nuenen. The municipality must find a new operator before 1 May.

“It is a surprise that all the parties with whom intensive talks have been held haven’t signed up as operators”, Councillor Joep Pernot says.

Laco uses sports and leisure facilities throughout the Netherlands. The ground lease agreement between Laco and the Municipality of Nuenen expired at the end of 2019. According to Councillor Pernot, the company didn’t want to extend the agreement because it says that it had been making a loss for 25 years.

“I have concluded from this that we must find an operator with a good business plan so that he can earn from it”, the councillor says. According to him, this doesn’t mean that without an operator, swimming won’t be possible. “We could remove the fences even if there is no operator”, he says.

The municipality spoke with several parties about additional activities. “The municipality wanted larger activities for ten thousand visitors. We indicated that this was not our starting point and that we wanted to remain small-scale,” Laco director Bert Lavrijsen says.

“That’s what the public wants. “According to Councillor Pernot, it’s a surprise that all parties, including Laco, haven’t signed up as operators.

“Intensive discussions have been held with all parties”, Alderman Pernot says. Laco withdrew as a party in the tendering procedure. “We had to accept all conditions. Otherwise, the registration would be invalid. That was not feasible for us,” says Lavrijsen.

The councillor indicates that it will still be possible to swim in the future. But “the operator has to earn a living” in a different way than Laco currently does. He denies that there has been any talk of events for thousands or tens of thousands of visitors.

According to him, the people of Nuenen can’t expect large-scale events; they can move to the Gulbergen for that. It’s possible, however, for the pool to be used for other purposes besides swimming, such as for outdoor sports clubs or diving clubs. “We could allow leisure activities”, the councillor says.

Despite the uncertainty about who the new operator of the swimming pool will be, the catering area will remain the property of Laco. 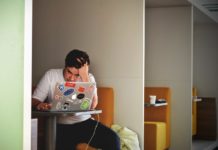 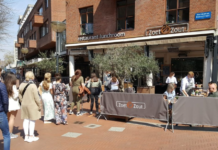 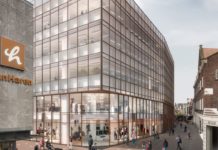 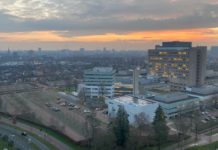