A secret plan about the swimming pool De Tongelreep, has come up on the internet on Wednesday. It has shocked the recreational swimmers.  From the plan it is clear, that only a very small recreational pool shall continue to exist. Eindhoven’s Dagblad reports this.

The municipality put the plan online on Wednesday, with the intention of recruiting an architect, who will take on the renovation of De Tongelreep. Then, it turned out that the dimensions of the various swimming pools are very different, than what the city council previously gave the green light for.

Shame
The training facility is much broader in the plans and also the sports pool is much larger. But, at 200 square meters, the recreational pool is much smaller. The total swimming area will be 1500 square meters. The action group Tongelreep Moet Blijven speaks of it as a disgrace. “Throwing four mats in it will make it full” responded spokesman Harrie van der Heijden, in the Eindhovens Dagblad.

In the secret document of the municipality, there’s  also a completely different planning. As per this plan, the second half of 2025 is the delivery date, instead of 2023 or 2024.

The municipality of Eindhoven has sent a letter on Thursday with an explanation. According to the municipality, when the selection of architects was announced, “a document was inadvertently attached on which no decision had yet been taken by the council”. For that reason, this document was immediately removed again, it says in the letter, 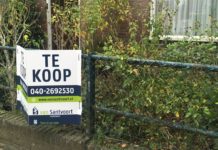 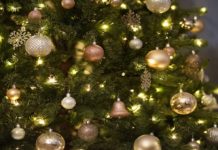