The regional economy is faring well despite the pandemic, according to the Rabobank.

Outside of a few ailing sectors, companies are seeing significant profits and continuing to invest. “It’s never been a crisis”, says Rabobank director Marc Cootjans.

The Rabobank in east Brabant is struggling to process an increasing number of financing applications, as companies invest in buildings and machinery as well as acquisitions and expansions. “The number of applications in the region has increased by fifteen percent compared to last year”, says Cootjans.

Growth is evident in nearly all sectors, with the exception of the catering industry, according to Cootjans. “Especially in this region, with many technology companies such as ASML and Philips.

Those companies are showing tremendous growth”, the director said, pointing out the stark difference in Amsterdam, where many catering establishments – and Schiphol Airport – have had a difficult year.

Companies where a lot of work can be done from home have also fared better this year, such as NXP and ASML, unlike those in the automotive industry such as VDL and DAF.

While the overall picture shines a positive light on the region, a number of sectors continue to feel the pinch – namely the events and hospitality industries as well as cultural organisations. However, Cootjans says few bankruptcies have occurred even in these sectors.

“The government support is still working well. This will keep struggling companies afloat for the time being”, he said. 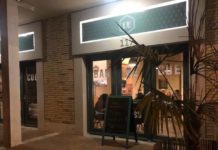