Home NEWS Lifestyle Park Hilaria: more than 100 attractions, such as the “Devil Rock”

In a few weeks, the Kennedylaan in Eindhoven will turn into a large funfair again.

Park Hilaria is will have more than a hundred attractions early next month. New this year is the thrill ride “Devil Rock”, an attraction where the visitor can endure all kinds of G-forces. Other attractions are the Eclipse, Katapult and Fun Factory, where children step into the world of dinosaurs.

In addition to attractions, like every year, there are also eateries, terraces and live performances during Park Hilaria. There is the music square Hollario, with Dutch-speaking artists. Fans of German Schlager music will also be in their element, including beer, bratwurst and a beer garden. 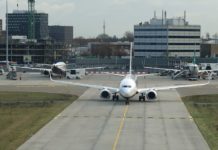 Number of flights is increasing: flights to Italy again from Eindhoven Airport 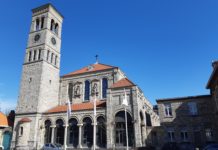