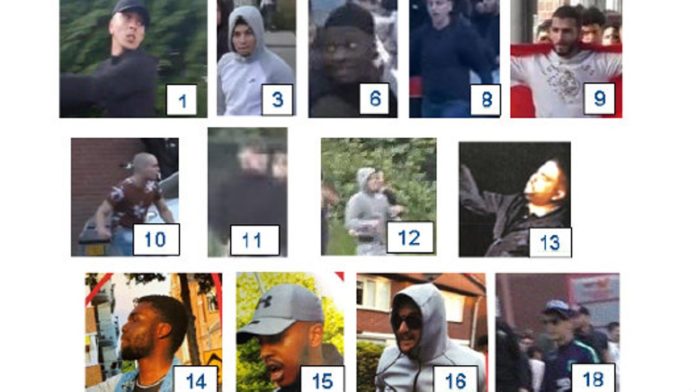 The police has published photos of the rioters at the Pegida demonstration on 26 May. Thirteen people are clearly recognizable in photos.

The police threatened with disclosure last week if the rioters would not voluntarily report to the bureau. So far, that has not happened. These images have now been published in consultation with the Public Prosecution Service.

The ME (mobile unit) had to intervene at the Al Fourqaan mosque during the demonstration at the end of May, because a large group of young people were throwing stones and other objects at the Pegida supporters and the police. Ten people were arrested during the riots.

Recently, four more people were arrested who are suspected of public violence, they have been interrogated and have been released.