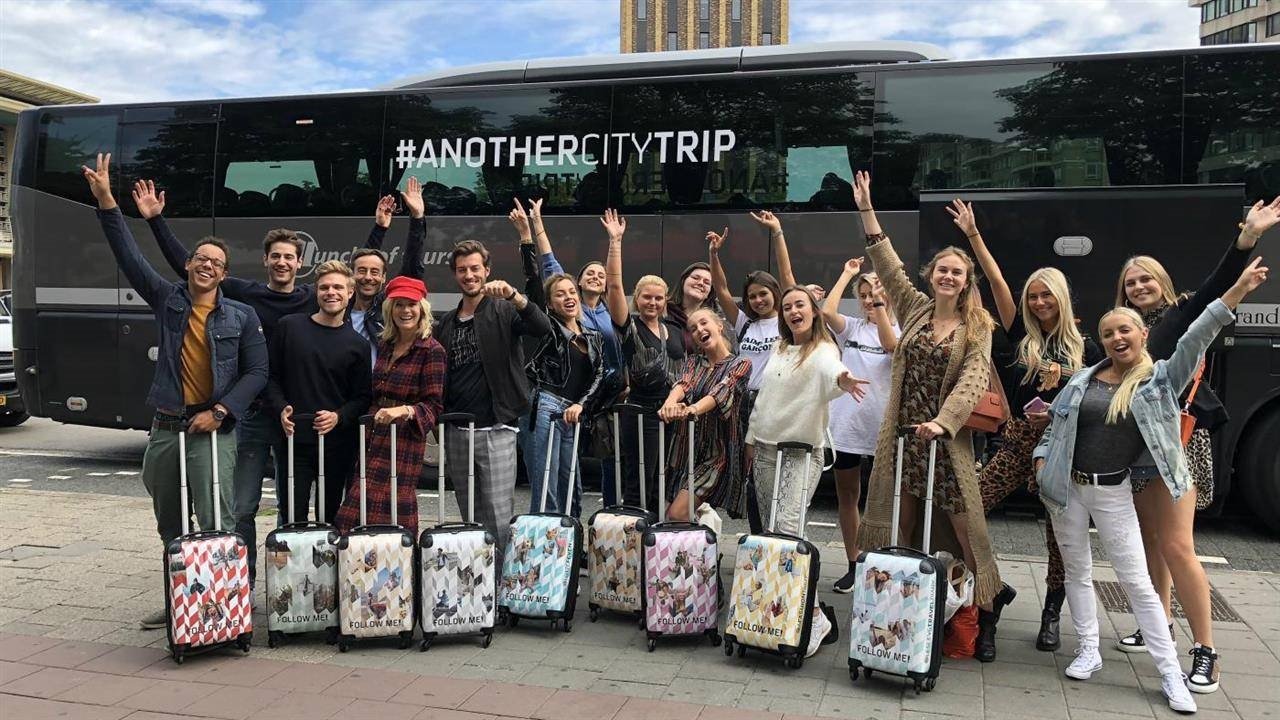 A group of Belgian influencers were unaware, where they would end up. Turned out, they were going to visit Eindhoven. They visited, to promote Eindhoven to Belgian tourists.

Sixteen Belgian influencers gathered in Antwerp for an adventurous city trip, Friday. Where they were going remained a huge, big secret.Until the very last moment, when it became clear they were to spend time at Eindhoven.

The selection of the influencers was based on their supporters and number of followers on social media. Eindhoven365 hoped by having these influencers visit Eindhoven through “Another City Trip”, more Belgian neighbours will visit the city.

The first feedback from selected influencers was positive: “Amazing city” and “An amazing mix of food, interior, design and fashion”. The influencers’ target group consists of “City Explorers”. These are people open to adventure, who really explore a city and want to visit as many undiscovered places as possible.

During the 2017 edition, Spain was the focus. Visits from influencers to Eindhoven did indeed lead to an increase of Spanish posts about Eindhoven on social media. Last year’s visit of Spanish influencers, yielded over three million impressions on influencers’ channels. Now the aim is, to get Belgians interested in a visit to Eindhoven.

“The choice for Belgium is a conscious one. Eindhoven wants to attract visitors, both from home and abroad, who spend money on hotels, shops, restaurants and culture. The experience we offer is in line with the qualitative wishes of Flemish people, while we can be reached within one hour” says Eindhoven365 director Peter Kentie.

Together with their partner, the influencers were pampered for two days during a personalized program. During their stay, influencers and partners discover the city in terms of shopping, culture and food.

Twenty-six entrepreneurs worked hard to make this city trip for Belgian influencers a success. Such initiatives are often organized by cities. What makes “Another City Trip” special is, that none of the influencers receives any compensation for participating.