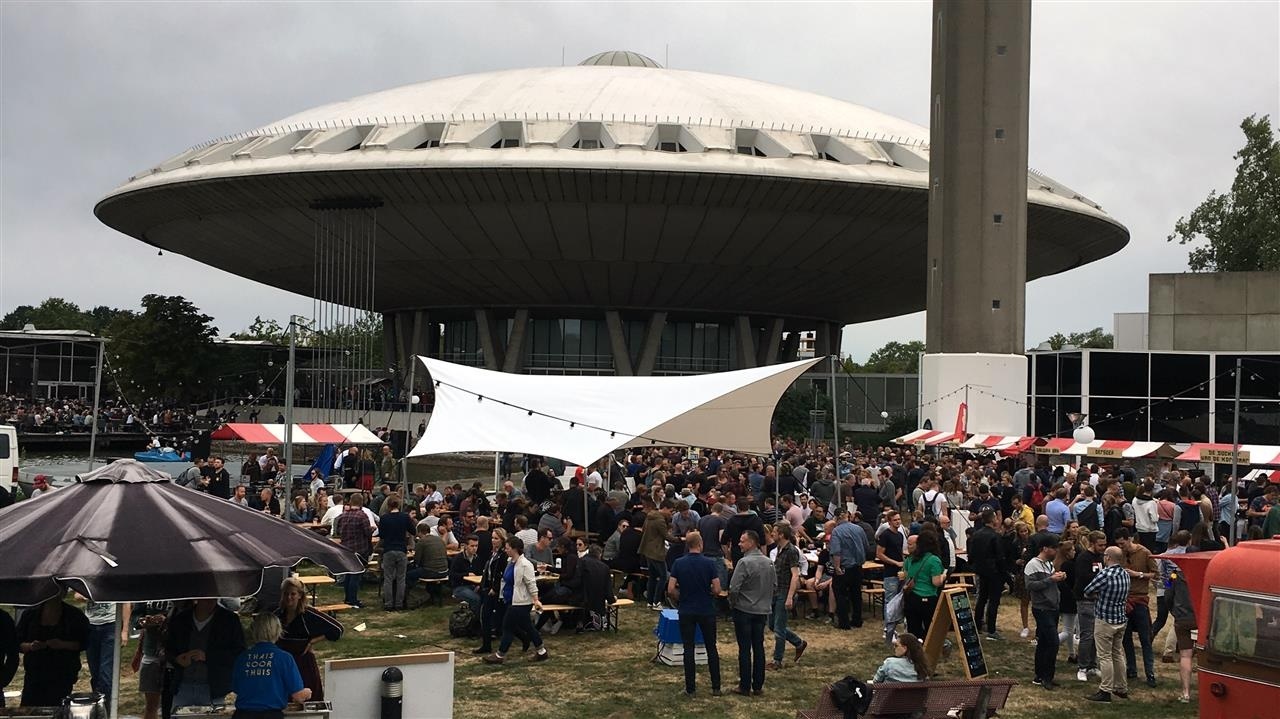 Completely sold out, with beer to please all tastes from the Netherlands and abroad. This was the situation at the Evoluon, Sunday afternoon and evening.

At the Van Moll Fest, located in the Evoluon, some 2,500 visitors had a good time. The beer event took place Sunday afternoon and evening.

The event was completely sold out. Visitors were treated to some 330 different special beers. Of course the beers came from the Netherlands and Belgium, but also from the rest of Europe.

Although a majority of visitors seemed to have come mainly for fun, there were also many who came to taste a lot of beer. There was something for everyone: blond, dark, light and “heavy” – with an alcohol percentage of up to 15 percent.

For some, the Van Moll Fest is the ideal opportunity to add new special beers to their collection. This may mean buying a bottle for the collection; but also tasting many special beers. Some ‘gourmets’ have lists which run over thousands of different beers, tasted over several years.

The public visiting the Evoluon for this event was mainly fairly young. The average age of visitors seemed to be between 20 and 40 years old. One might have expected an older target group.

The reason may be, special beer has become cool and hip. This can also be seen from the growing popularity of special beers served at various restaurants in Eindhoven. These include the beer brewed by Van Moll.