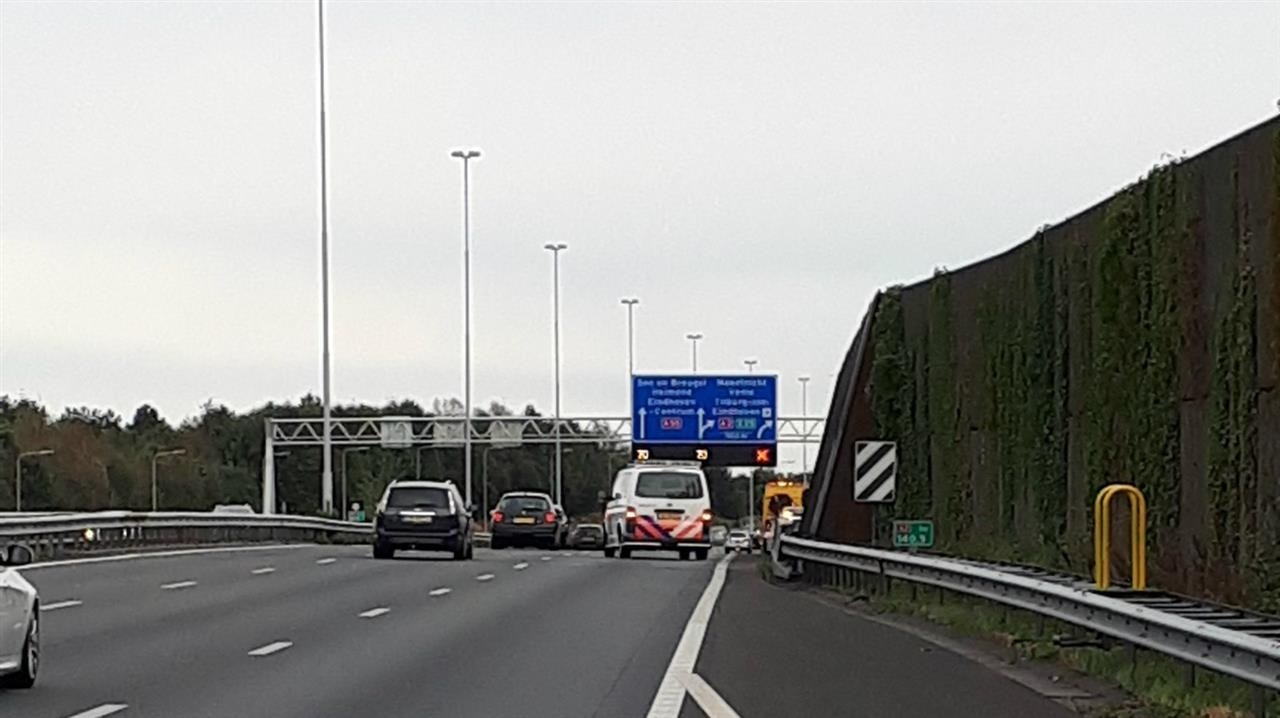 A number of drivers ignored a red cross, signalling a lane of the A2 motorway was closed to all traffic and should not be used. The red cross was on, above the right lane near Best on Sunday.

Police tweeted and called drivers’ behaviour “anti-social and dangerous”. Sunday afternoon, there was a one-sided accident at junction Best. No one was injured. However, the lane was closed for safety reasons.

A number of drivers simply ignored the traffic sign, indicating the lane was closed for all traffic. “Despite the fact the light above the lane clearly displaying a red cross, there are always drivers who use such a closed lane,'” wrote local police woman Ine Cox on Twitter. She was assisting at the place of the accident.

It is unclear, whether police were able to get number-plates of drivers who ignored the closure of the lane. In the Netherlands, drivers who ignore a red cross and use a closed-to-all-traffic lane may face a fine of 230 euros.