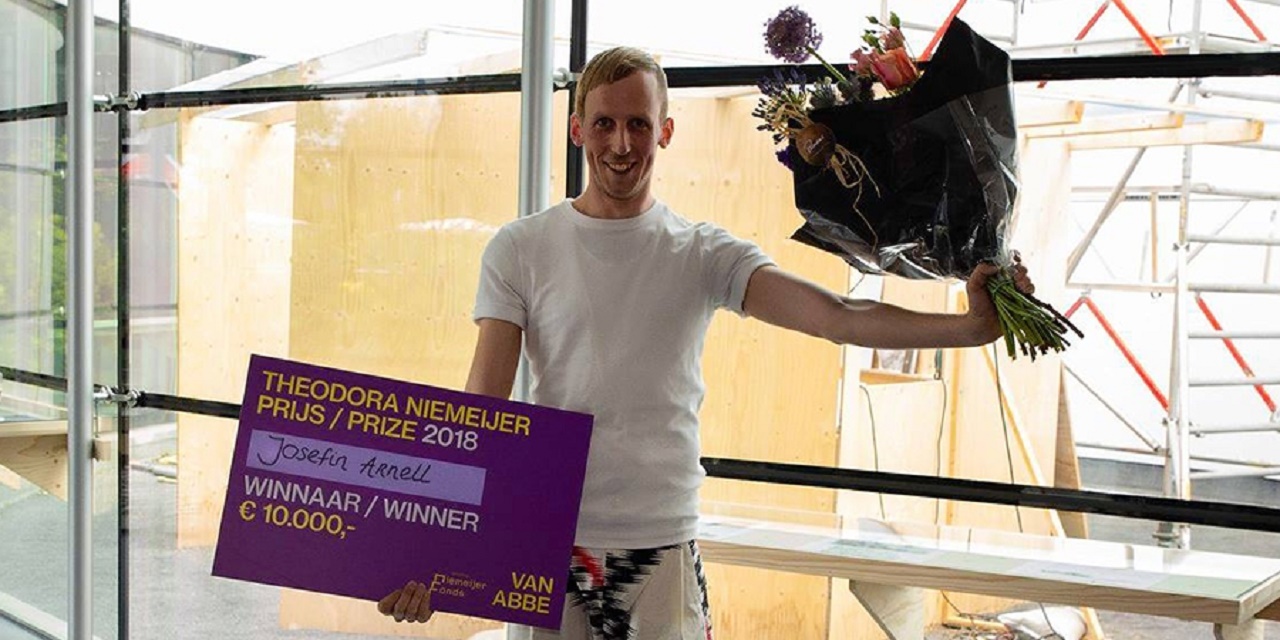 Swedish visual artist Josefin Arnell was awarded the Theodora Niemeijer’s 2018 prize, Saturday. Arnell will be allowed to use Het Oog in het Van Abbemuseum as a stage for its THE TICK project for six months, from the end of September 2018.

Josefin Arnell will also receive 10,000 euros. The artist is inspired by traumas and her work is a mix of fiction and documentary.

The jury was inspired by the special world Arnell tries to create. What at first resembles a sweet, dreamy, almost cartoon-like world in which millennial girls want to wander, suddenly turns into a horror scenario and back again.

Arnell was not present at the award ceremony. She was represented by Olle Lundin.

Joy Mariama Smith was awarded second prize, while Isabelle Andriessen won the third prize. They were granted 2,500 euros and 1,500 euros respectively. In total, there were more than a hundred entries from which the jury selected these three artists.

The Theodora Niemeijer prize was launched in 2012 by Stichting Niemeijer Fonds and the Van Abbemuseum, because women are still strongly underrepresented in museum exhibitions and collections.

The prize is awarded once every two years, to a female visual artist who lives and works in the Netherlands and who graduated no more than five years ago. It is the only Dutch visual art prize dedicated to female artists only.