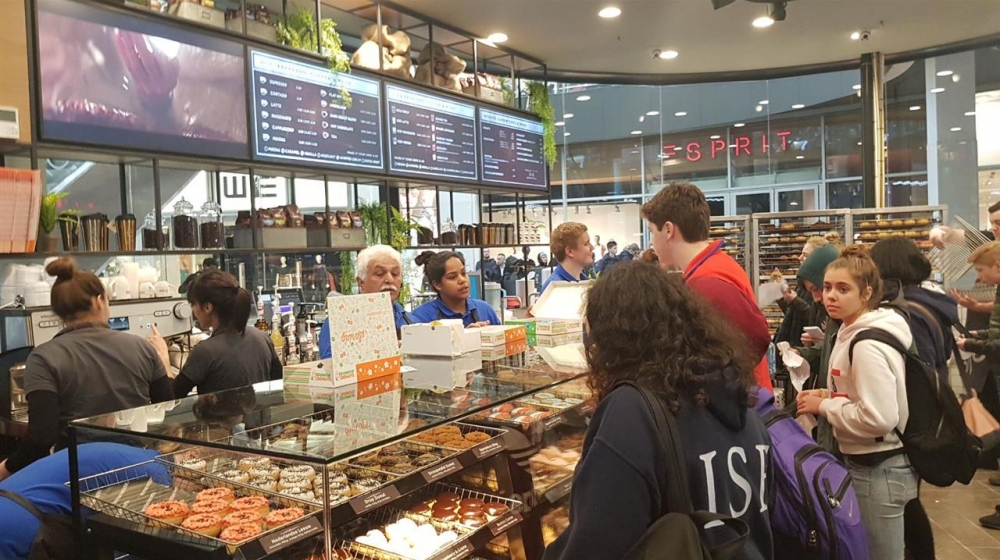 They did not sleep a wink; it was bleak and cold. Still, it was worth it, say at least 100 doughnut lovers. They waited all night outside Dunkin’ Donuts new location in the Eindhoven City Centre.

The first 100 customers could get a year’s worth of doughnuts for free. The shop opened this morning at seven o’clock. “Who doesn’t want free doughnuts? I can share them with my friends and family soon”, a visitor who has defied the night outside, said. “It’s really an adventure for all of us. Something like this doesn’t happen a lot, so why not?”, another said.

Manager, Roberto Fava, is pleased with the attention. Other cities also had promotions, but this one takes the cake. “Eindhoven has broken a record. Twenty-four hours before the opening people were already waiting outside the door. What a success.”

It is the fourth branch of the American doughnut chain in the Netherlands. Eindhoven was thought to be as an interesting option because of the many students and young people. Amsterdam, Utrecht and Hilversum all have branches. The chain has become well-established in the Netherlands since 2017.