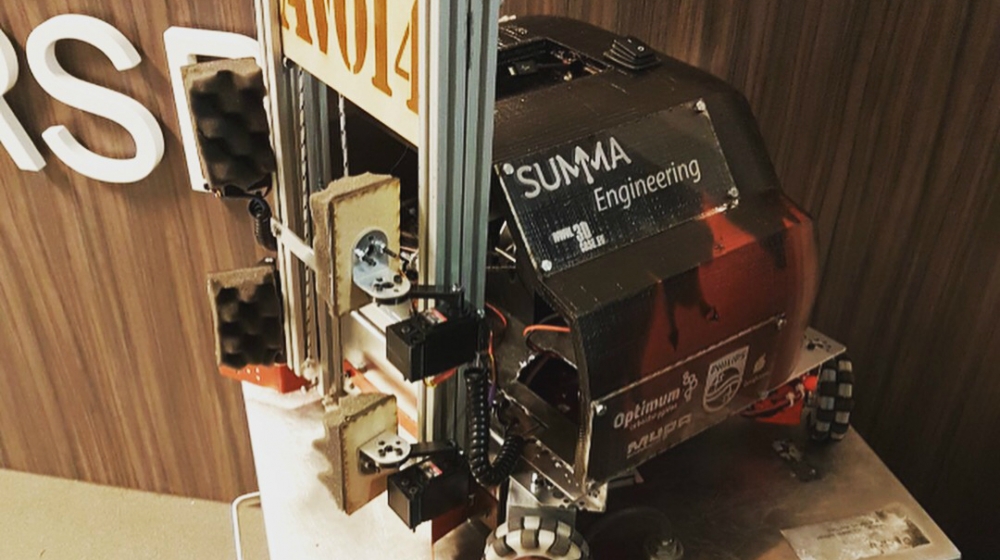 Five students of the Summa College designed a robot that can soon be seen on the World Cup in America.

The boys participate in the First Tech Challenge, an international competition for young people who have designed a robot. Earlier this year, the Dutch team won second place at the European Championship in Italy, and thus qualified for the World Championship in Detroit.

Tower
The robot must carry out a different command during each competition. This year, it must build a tower out of several blocks. In addition, there is a free section in which the machine should show that it can do something by itself. The Eindhoven robot can recognise two colours. It indicates this by stepping in a box with the right colour.

The team consists of five members who all carry out independent tasks. Two people drive the robot during the match and another one stands behind, as a coach. There is also a programmer and a team member who does the maintenance.

3D printer
The robot is almost ready for the World Cup. The only thing that still needs to be done is to create a new hood. This has already been designed, it just needs to be printed with a 3D printer.