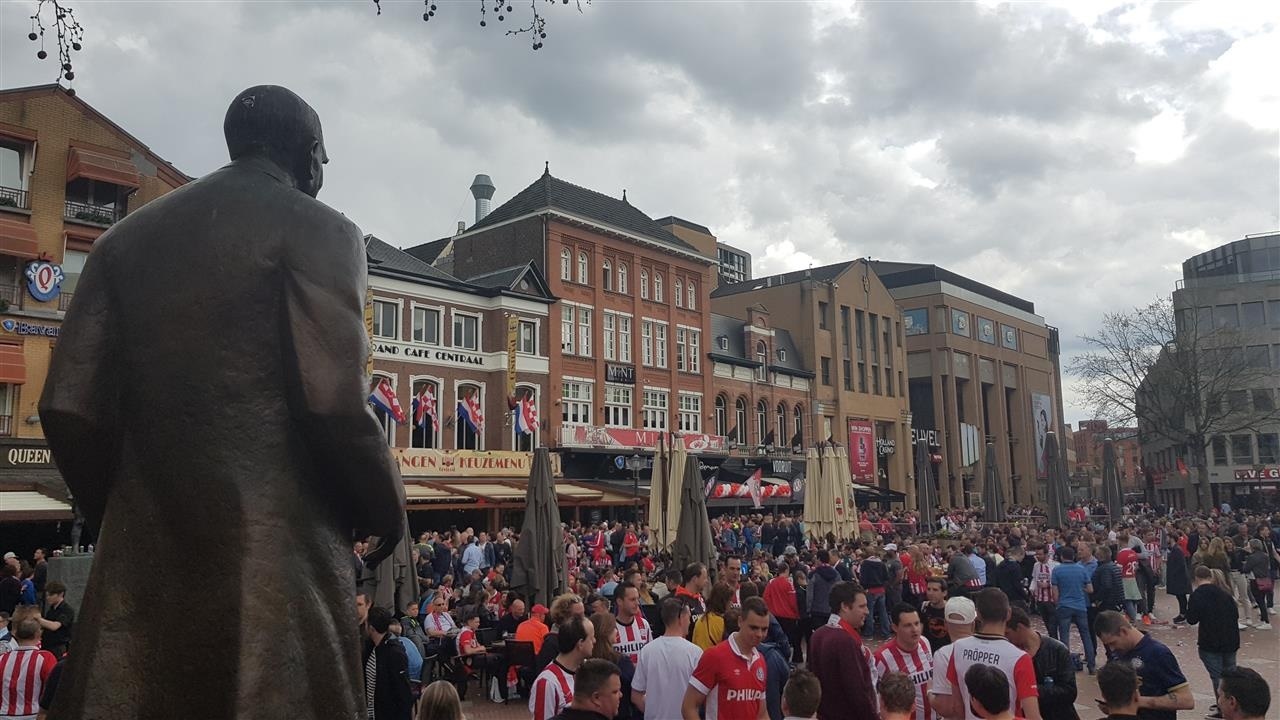 After his death, it was decided his permanent home would remain empty. Frits Philips fell on his estate De Wielewaal on November 12, 2005. He died in his sleep a few weeks later, on December 5.

The honorary citizen of Eindhoven was driven through the center of the city after his death. Thousands of people witnessed his last journey through town.

Frits Philips was a big PSV fan all his life. So supporters and the teams of PSV and Fenerbahçe observed a minute’s silence on December 6 2005, before the kick-off.

Mr. Frits‘ statue is to be found on the Markt in Eindhoven. During matches and today’s celebrations, it will look approvingly at supporters gathering on the market square to celebrate their club winning the Dutch title.