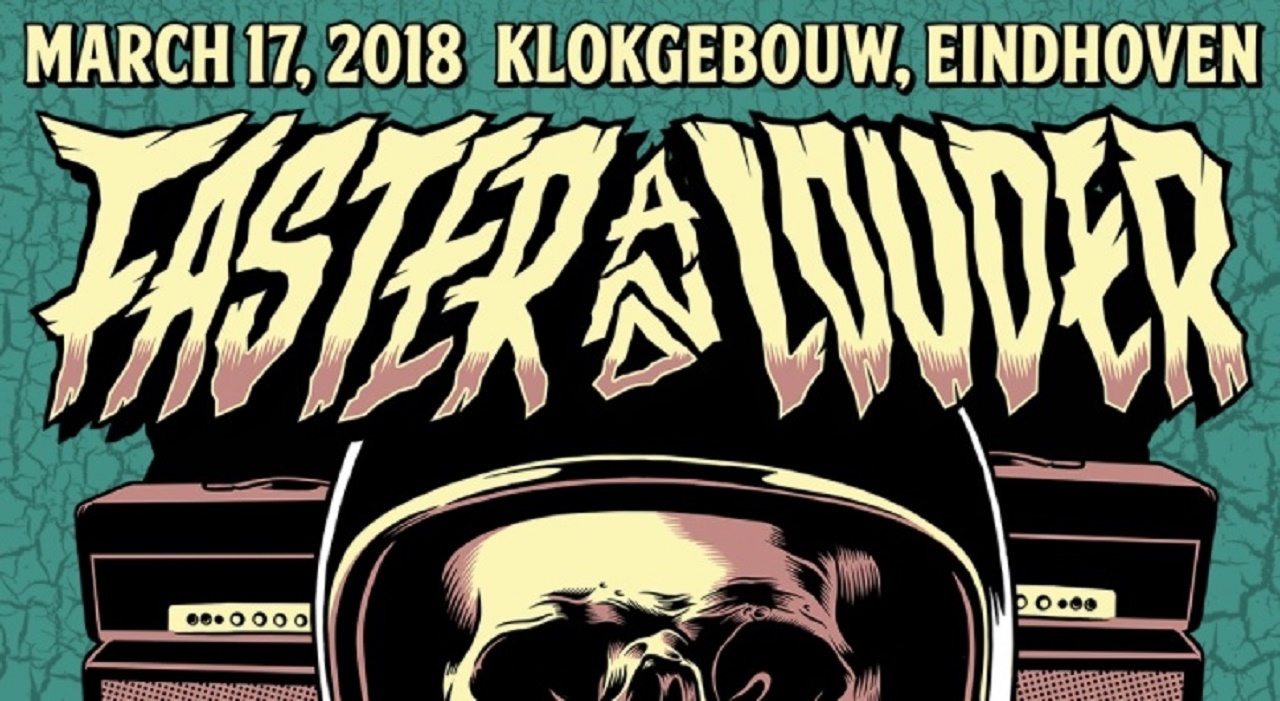 Faster & Louder is a new festival taking place at the Klokgebouw. This festival is organized by members of the former Eindhoven rock band Peter Pan Speedrock. The festival will take place on Saturday, 17th of March.