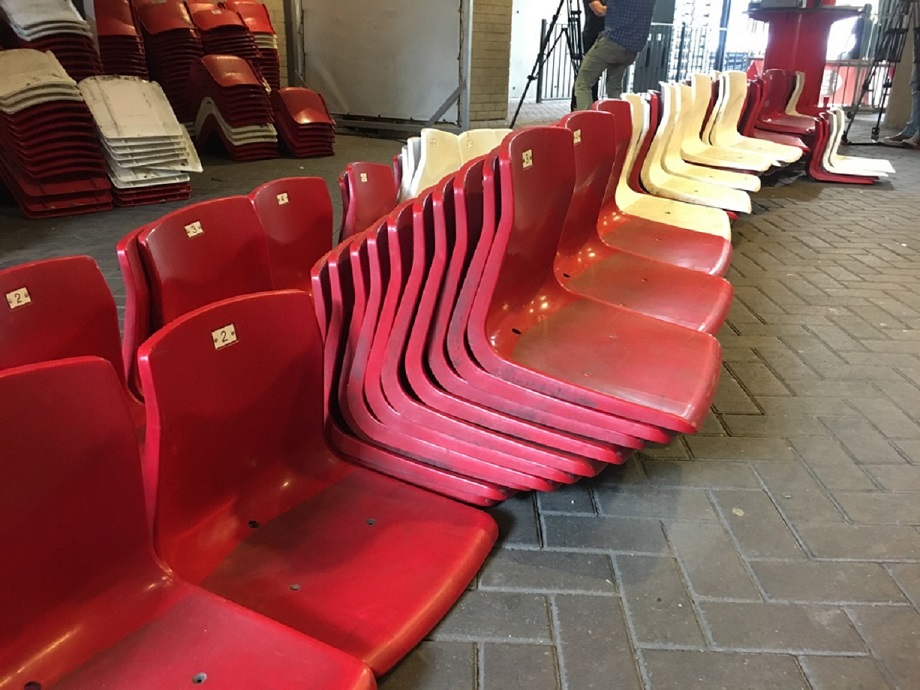 PSV is going to accommodate their supporters who live in other parts of the country.

They can order chairs via the club’s website. When PSV plays away games at the relevant opponent’s stadiums, the chairs can be collected there.

The away games will be against AZ in Alkmaar, FC in Groningen, PEC in Zwolle, FC Twente in Enschede, Roda JC in Kerkrade and Vitesse in Arnhem.

Rotterdam and Amsterdam are not included. PSV still needs to determine how best to implement the sale of these chairs in the Randstad.

PSV does, however, have one condition. The mayor and judiciary of the particular cities, as well as the clubs themselves, must agree to this.

PSV is replacing the chairs in the Philips Stadium at the moment. The old chairs are being sold at EUR 5 per piece to supporters. The money made from this is to be used for the PSV Foundation’s social goals.