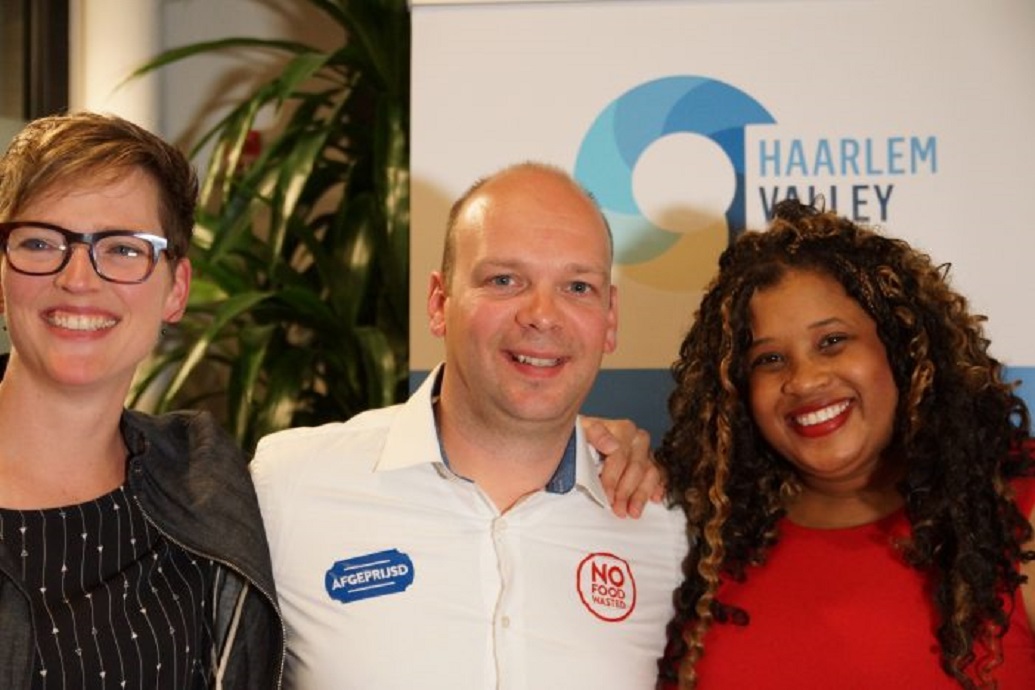 Dutch startup NoFoodWasted, an app that aims to reduce food wastage, won the Haarlem2Harlem 2017 Pitch Event. Founder, August de Vocht, went up against two Dutch startups and three from the US. The startup is based in ‘s-Hertogenbosch.

His idea resonated well with the jury and the crowd: “I don’t know how they did it, but I know for a fact there’s a ton of competition out there. It’s all about team and execution and these guys nailed it!” says Mesut Celebi of Startupbootcamp.

NoFoodWasted’s concept is simple, says Denise van Kollenburg of NoFoodWasted: “Supermarkets upload marked-down products, which are close to their best-before date in the Afgeprijsd-app (Best-before app). Consumers can put these products on their shopping lists at home. In this way, NoFoodWasted brings supermarkets and consumers together in the fight against food wastage. De Vocht won over the crowd by saying, “It is a win for the business, a win for the consumer and a win for the environment – and this makes us all winners.”

It is the first time that a Dutch startup has won this prize in New York. But for NoFoodWasted, it is not the first time it has won a prestigious award. After being chosen as the “E52 startup-to-watch” two years ago, more followed: in September last year, they won Present Your Startup, in November De Vocht was a finalist at TedX Amsterdam, en in February NoFoodWasted was named “Startup With The Most Impact” by NRC Live. The Guardian placed the Afgeprijsd-app second in the top ten worldwide apps against food wastage and Ted Ideas called it one of the five smartest ways to fight food wastage.

The Afgeprijsd-app is used in more than 190 supermarkets throughout the Netherlands.