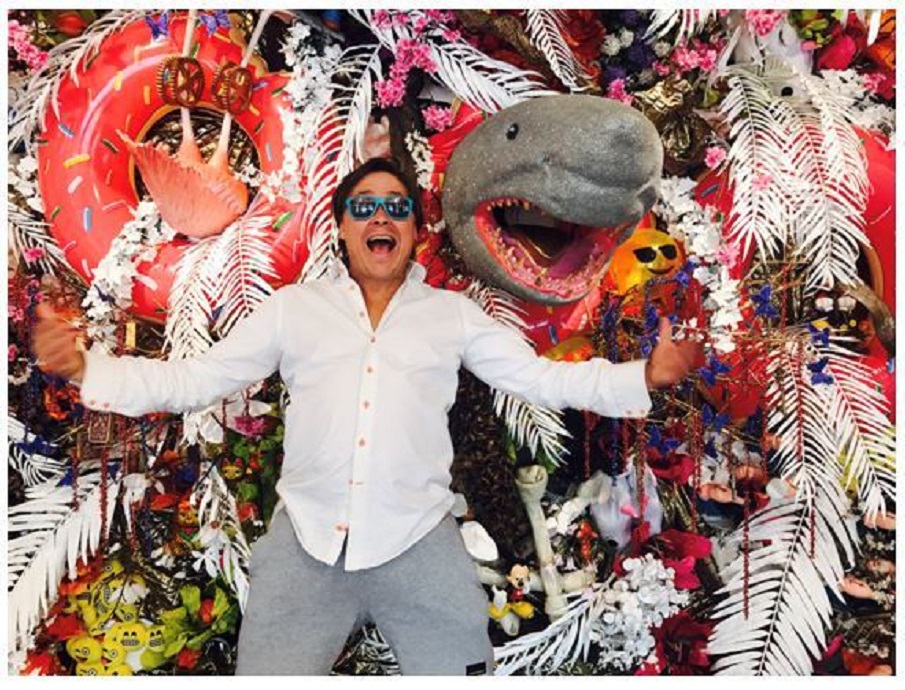 Bram Reijnders’, who hails from Eindhoven, exhibition entitled ‘Illusion Paradise’ opened on Saturday. This exhibition, being held at AbrahamArt in Eindhoven is his biggest to date.

In “Illusion Paradise” Reijnders explores the current spirit of the times with the confusion between fiction and reality. Combinations such as a romantic atomic bomb, Mickey Mouse fighting against entertainization or churches as contemporary temples of fantasy are on display.

Reijners has this to say about his choices: “We are living in a world where questions are exponentially multiplied, nothing is certain, what can we still believe nowadays? This gives us the opportunity to create our own illusion paradise.”

Reijnders is causing quite a stir at art fairs and galleries around the world. In his short career he has already exhibited with the likes of, among others, Andy Warhol, Banksy, Robbert Rauschenberg, Jeff Koons and Christo.