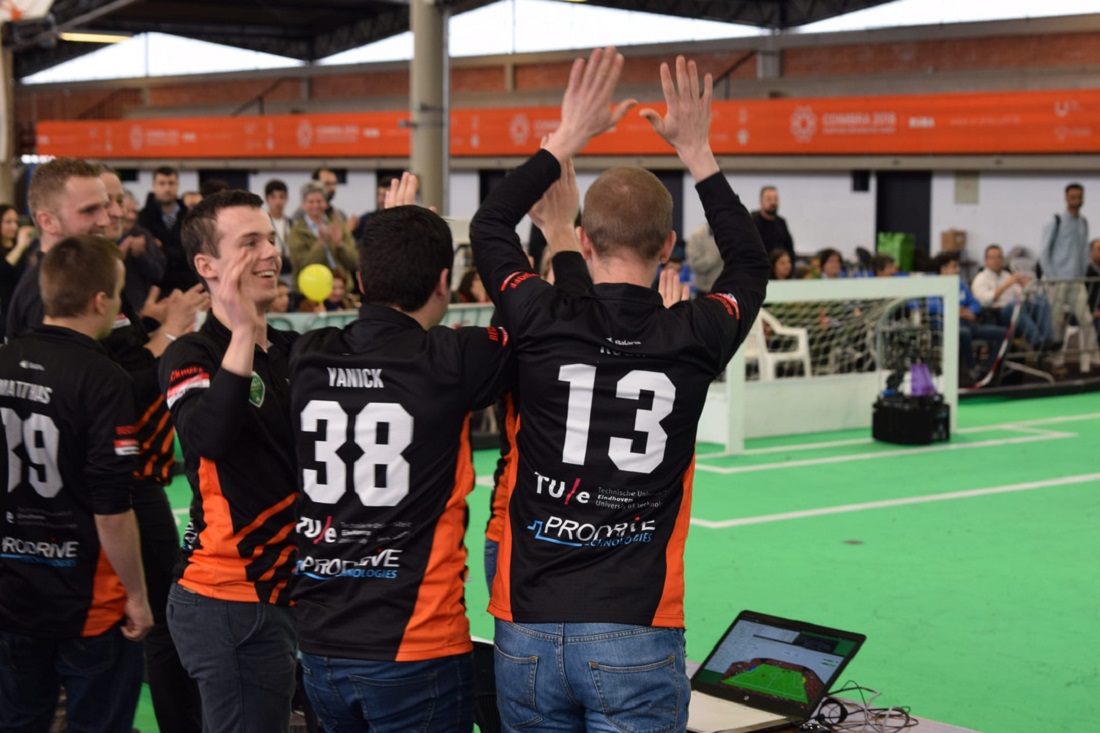 The robotic football team from the Technical University Eindhoven won the Portuguese Robotics Open Yesterday. They beat the Potuguese team, CAMBADA 2-0. The tournament in Portugal serves as the unofficial European Championships.

Tech United and CAMBADA were, by far, the best teams of the tournament. Both teams reached the finals with seven wins and one draw.

In the end, the final was an easy victory for the team from Eindhoven. The end score of 2-0 was reached halfway through the first half. They won, despite the fact that, due to a technical problem, Eindhoven had one player less on the pitch for the whole of the second half.

Team Captain, Lotte de Koning, is looking forward to the Robot Football World Championships, to be held in Japan, with great confidence . There, the team from Eindhoven hopes to become the World Champions for the fourth consecutive time. The tournament in Portugal is considered to be a good rehearsal for the final.

The Robot Football World Championships will take place at the end of July in Japan.