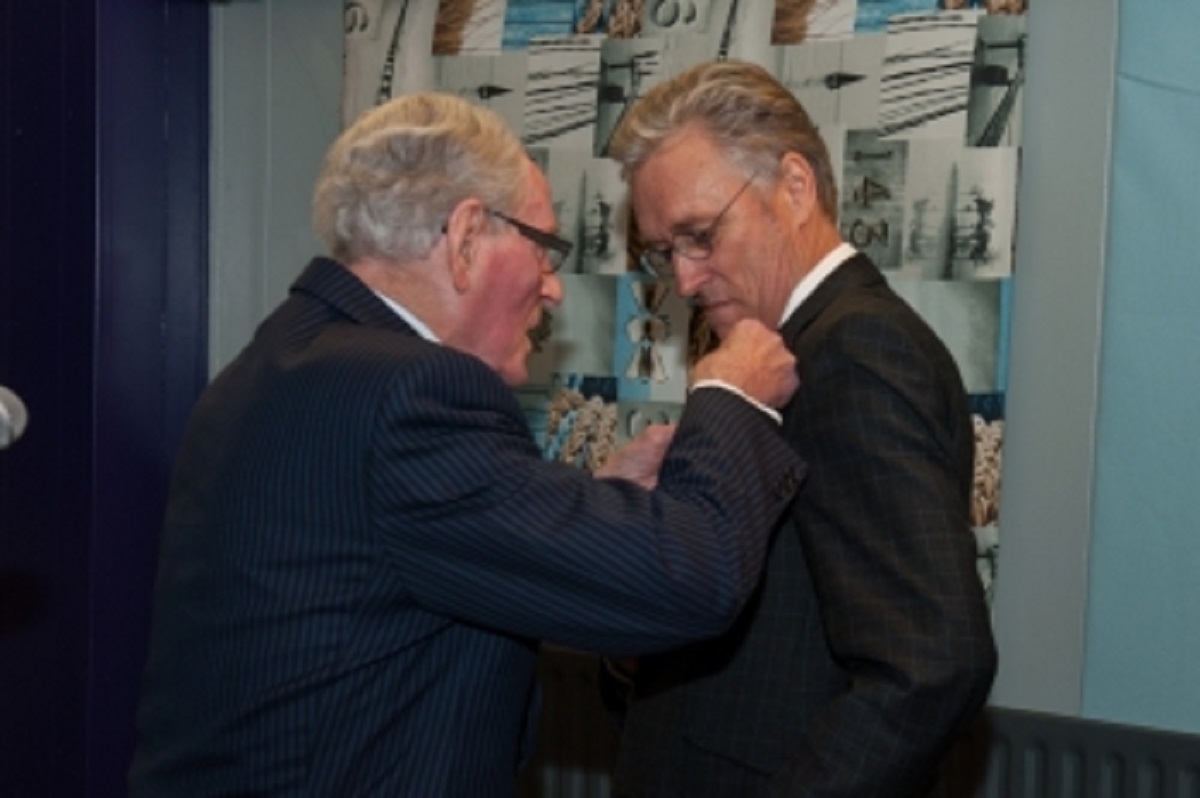 Following tradition, the mayor of Eindhoven is appointed as honourary chairman of Eindhoven’s Royal Male Choir, ‘La Bonne Espérance’. This happened during the New Year’s meeting of the choir.

Mayor Jorritsma received a special pin after a performance by the choir. In addition, the chairman offered the mayor a concert on an occasion of his choice.

In his acceptance speech, he said he will wear with the pin with pride and will follow the choir with interest.