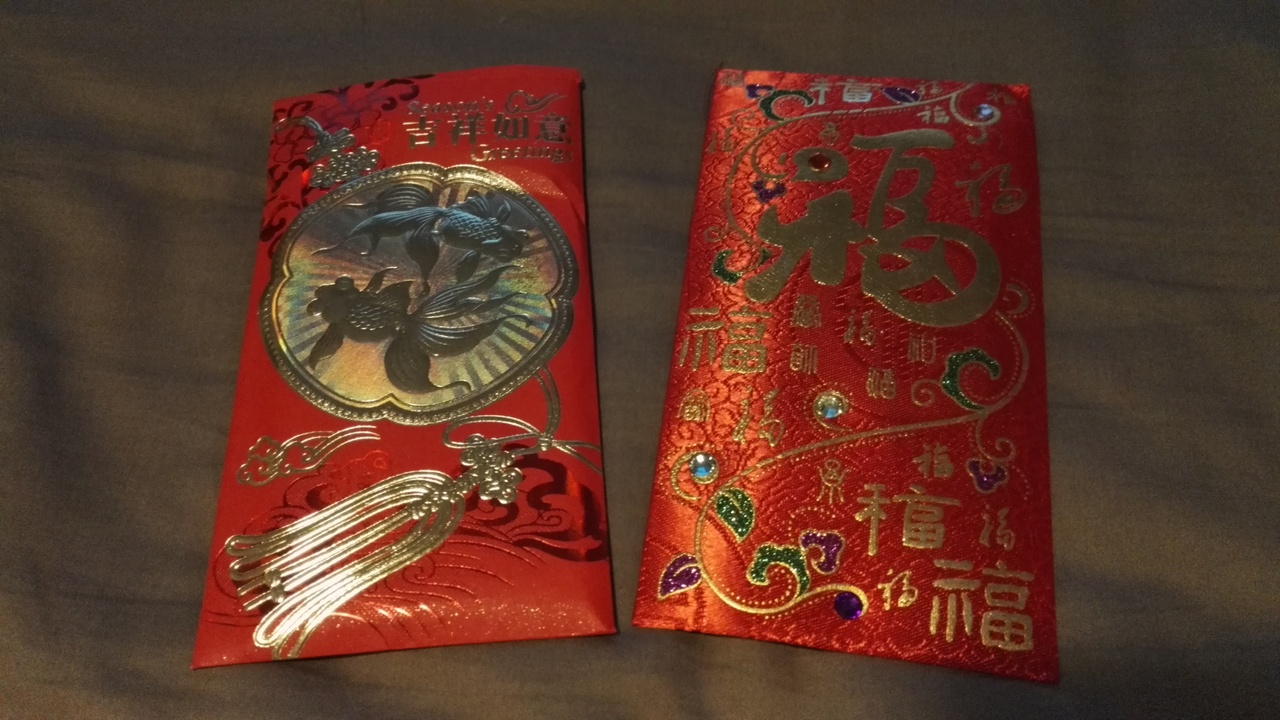 Has it been a year again? Hubby had a short business trip to Hong Kong, so we combined it with a family visit before the coming Chinese New Year. It was much more meaningful this time as my parents finally got to hug their first grandchild.

While working as a Chinese language and culture instructor back in Taipei, I was honourably invited to introduce Chinese New Year to the international expats there. I still remember that some traditions always raised a few eyebrows.
Like the negotiation with the kitchen god, the generosity of the mother-in-law, and the lucky red underwear.

Traditionally there would be a paper kitchen god above the stove in every kitchen. He protects the household and the family and he sees everything under the roof. Before Chinese New Year’s Eve, Jade Emperor would expect his return to heaven with a yearly report. In the past, in order to guarantee a positive report, a bit of honey would be smeared on the lips of the kitchen god. This way, he would be either only telling the sweet things or unable to open his mouth because of the sticky honey.

I opened our kitchen counter, seeing not only honey but ‘hagelslag’ (chocolate sprinkles), ‘speculoos’ (‘speculaas,’- Dutch cookies – spread), ‘hazelnoot pasta’ (nutella), and ‘pindakaas’ (peanut butter). Without hesitation, I know that the report from our kitchen god would be super sweet and gooey.

And every daughter-in-law wishes for a "generous" mother-in-law on the second day of the new year!

On this day, a married daughter will visit her parents with her husband and children. Usually there will be a lunch reunion for sisters to catch up. With a nod of permission from the mother-in-law, the daughter-in-law can stay longer for dinner, instead of rushing back to prepare dinner for the husband’s family.

Funnily, here in the Netherlands, every daughter-in-law has a "clean" mother-in-law. "Schoonmoeder" is the Dutch word for mother-in-law. When you translate it literally, it means clean mother. Be careful and do not misinterpret her as the cleaning lady in the family. Do not expect her to do your household chores, at least I dare not.

In my case, it is CheapTickets.nl that decides when and how often I fly back to Taiwan to visit my family.

What about the red underwear which brings good luck?

The colour red during Chinese New Year holidays is like the colour orange on King’s Day. It is a traditionally symbolic colour of happiness and good fortune. So, what is the most popular red clothing item, a red scarf, a red sweater, or a red dress? All of them are good but the sales of red underwear are no doubt the best.

I happen to read that in Columbia they wear yellow underwear, and in Puerto Rico, white. It really depends on what you believe. Yet, I would assume that the husband or the boyfriend should have no problem with sexy underwear in any colour.

A friend of mine spent her honeymoon vacation in Las Vegas. They went back to the hotel room with empty pockets on the first night. The second night, she put on the newly-bought red underwear before trying their luck again in the casino. Believe it or not, they won their plane tickets back!

February 7th is Chinese New Year’s Eve. Need some good luck in the year of Monkey? You know what to wear.