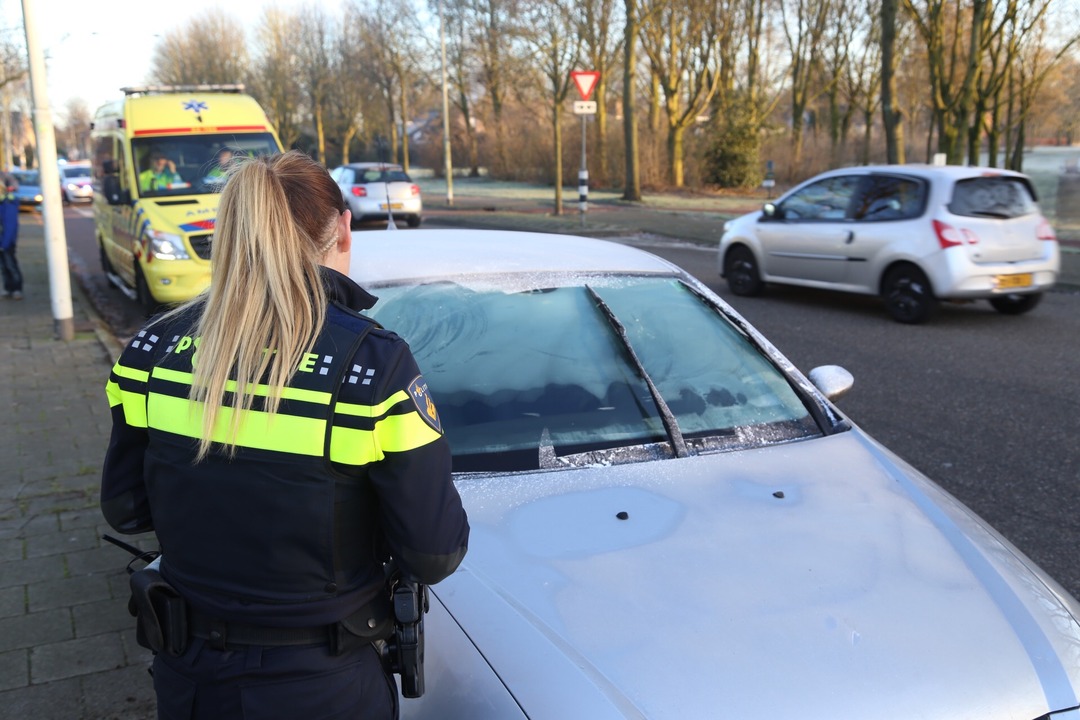 A cyclist was hit by a car on the Kosmoslaan in the Dommelbeemd neighbourhood, in Eindhoven, this morning. The cyclist had the right of way; unfortunately, the car driver, probably, had not seen her.

The accident happened at a crossing point. The cyclist had the right of way; however, the car driver did not obey the yield sign. Apparently, the car had an extremely frosted windscreen, which, probably, prevented the driver from seeing the cyclist.
Luckily, the girl on the bicycle did not incur serious injuries. The ambulance personnel checked and treated her at the scene. She did not need to be taken to a hospital.