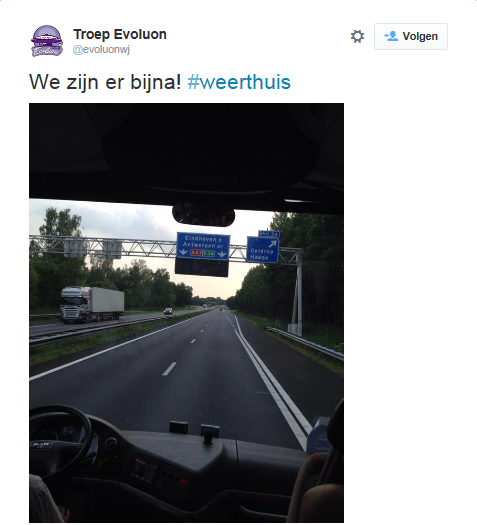 The Eindhoven Scouts that were stranded at an airport in Taiwan, are safely back home. They arrived in Eindhoven yesterday evening. This information was tweeted by the Scouting group.

The group participated in an international Scouting meeting, the World Scout Jamboree.
Unfortunately, on their way back, their trip was delayed due to the Typhoon Soudelor. As a result of the typhoon, the airport had been closed and thus, the group stranded in Taipei airport.

As soon as the weather conditions had improved, the scouts were able to catch a flight to Frankfurt on Monday. At the Frankfurt airport, they took a bus back to Eindhoven.