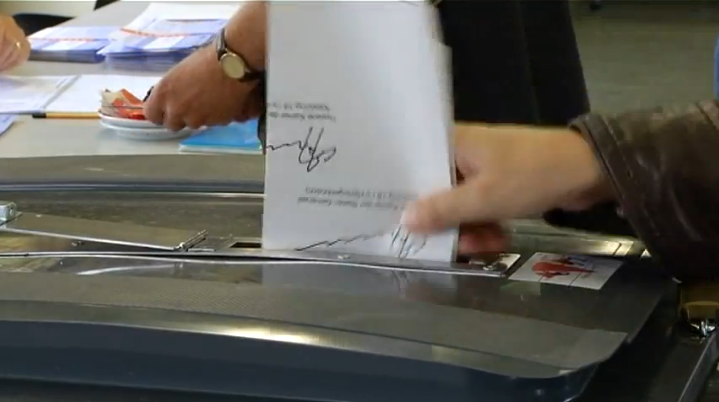 The Eindhoven VVD (People’s Party for Freedom and Democracy) issued its election programme entirely in braille yesterday. The first copy was handed out to a blind student at the VVD campaign headquarters.

An election manifesto in braille fits the image of people becoming more autonomous and self-reliant, which is something the government should encourage, the VVD states.

Next to their standard election programme and the manifesto in braille, the VVD already issued an English version of their campaign programme earlier.