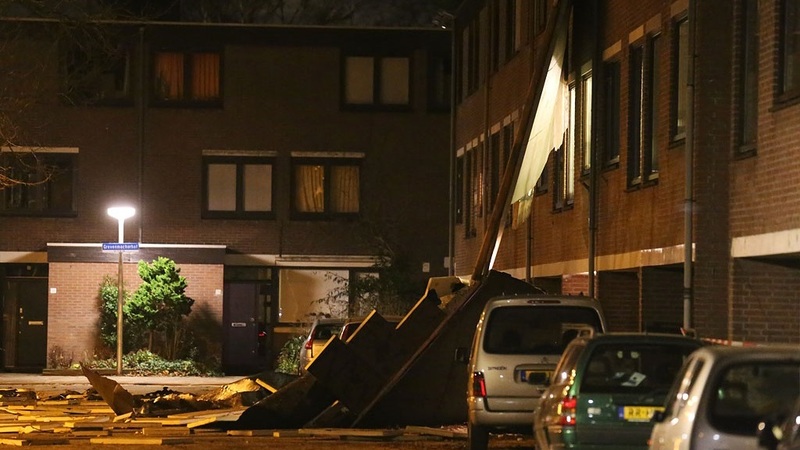 This morning at the Grevenmacherhof in Eindhoven the roofs of about ten houses have been blown away. About ten homes are evacuated.

This is stated by the fire brigade. The residents have been taken care of close by their homes. How many residents it concerns is not known.

The fire brigade was called to the Kennedylaan in Eindhoven for a dangling facade panel. And at the PSV stadium one of the pillars fell down because of the heavy winds.