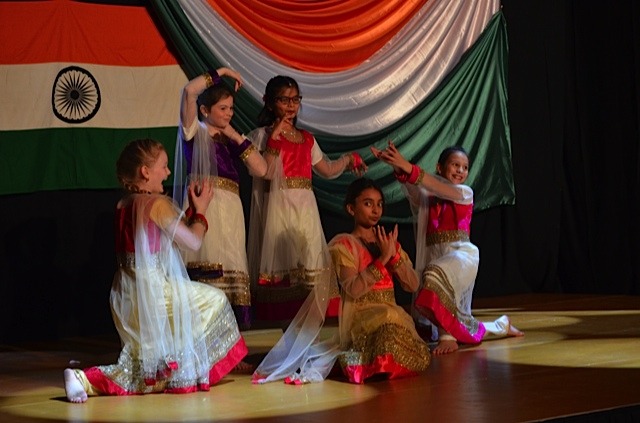 Every year, as the city of Eindhoven lights up to celebrate Glow, a small but significant group of people celebrate their own version of a Festival of Lights, Diwali, in Eindhoven.

.
Diwali is the Festival of Lights celebrated by the Indian Diaspora across continents. Traditionally, it has been celebrated to signify the victory of good over evil. Homes, buildings, public spaces are all lit up to celebrate this festival.

Here in Eindhoven, the celebration of Diwali amongst the Indians predates Glow and started in its formal avatar from 1994.
As the founder of the Indo Dutch Association of Eindhoven, Asha Dhawan, points out, what started as a small 12 family affair is now a 300 people cosmopolitan festival celebrated under the aegis of the International school for nearly a decade. Mrs. Dhawan reminisces about the early efforts to celebrate Diwali with a certain amount of nostalgia for the various venues and ‘imported from Belgium’ firecrackers.

She recalls that in the early years the Diwali celebration was supported by the Gemeente Eindhoven to be a forum for Indian celebrations. Over the years some of this support from the Gemeente has dwindled, however, the critical mass of people to support this celebration has grown and how. The Brainport area is estimated to have at least 1100 registered Indian residents.
This year, the celebration was held in the recently opened campus of the International School for the first time. Nearly 350 people came together to celebrate this festival. This annual event involves many hands, much coordination and a concerted effort by several people to put together an evening of entertainment, largely based on Indian song and dance, where the Bollywood influences are visible.

For the children, participating across varied age groups starting at 3 years, it’s an introduction to a slice of their own culture, an opportunity to laugh, build and share memories for the next year. The increasing popularity of the festival is reflected in the diversity of the programmes where several non-Indian students and teachers of the International school also participate. The evening also involves lighting sparklers as is traditionally done in India and rounded off with a critical part of any Indian celebration, a large dinner with several courses.

The Headmistress of the International School, Marcella Watts emphasizes that the school was keen to be involved with hosting the celebrations as it represented the philosophy of the school – " We believe we are more than a school. We are a home away from home, as well as the academics, we are here to help families with the transition to their new environment and to educate others in our community about the cultural diversity represented in the makeup of our student body. "

But this festival isn’t merely about song, dance and a merry time. Part of the proceeds from this celebration is sent towards a ‘goed doel’ or charitable cause back home in India. Asha Dhawan is closely associated with a charity in Pune, India, the "Disha Institute" which helps destitute women and children. She says that the money raised is used to subsidize study materials for a group of nearly 30 girls for the entire year.
As the celebrations for 2013 end, the tired but happy faces of the children in Eindhoven as well as Pune, India, makes the festival a meaningful one.