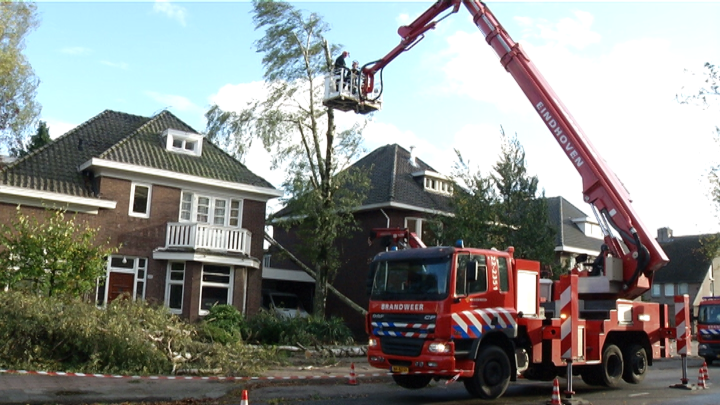 Most calls were taken in the morning. No accidents or dangerous situations, but mainly trees that had fallen on cars, for instance in the Kruidenbuurt, the Tongelresestraat, the Karel de Grotelaan and the Argonautenlaan.

Eindhoven Airport and the local railroads were spared by the storm, that reached a wind force 7 in the Southern Netherlands. Storm and hurricane-force winds battered the West and the North of the country.