Home NEWS Search for a church 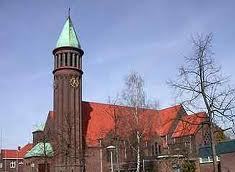 As the somewhat new girl on the block, I’m still stunned at what is happening here in The Netherlands. I moved from Texas, which sits firmly in “The Bible Belt”. Most people not only attend church every Sunday without fail, a lot of people also attend church Wednesday evenings. There are also many activities that go on throughout the week so that people can have a chance to gather and form a closer community spirit. But, with a steep drop in attendance in The Netherlands, churches in the last several decades have been closing at what seems a shocking rate. Averages of two churches are closed each week. As our English speaking Catholic community has moved from church to church, I always thought it was sad but I truly never understood. [nbsp]

But there I sat in mass that cold day. It was cold outside of the church and cold inside of the church. The heat had long been turned off to save money. The church began to fill. I recognized some of the people from our English-speaking masses and a lot of faces I had never seen. We gathered in close trying to keep warm. Then the music began, the choir began to sing and our beloved Priest made his slow entrance towards the altar. Listening to Father René…. has always taken my breath away. He is a very soft spoken and kind man of God. I sat there intently listening to him speak not only to me but to the people of the Sacred Heart parish. His message was about staying strong and staying together as a community. As one door would close another door would be open to a new beginning of prayer and worship. I sat there listening to Father René speak to us and as his message echoed through the huge building a lump formed in my throat. Father René had to stop a few times to compose himself as his own tears misted his eyes. I looked around and other people were crying too. People who had been members of this church their whole lives sat there listening, searching their hearts to understand. These families had baptized their children, made their first communions, taken vows of marriage, made confessions and laid their family members to rest. The church is not a building itself. The church is the people, with Jesus as the head of the church. But as I looked around, I couldn’t imagine the people who put the work, care and love into building Sacred Heart or the other churches that are closing in The Netherlands would ever dream that one day it would be closed. Who would ever think that these historical splendors would one day be closed to remain dark? Precious artifacts would be sold or left to be later put into storage.[nbsp] Mass ended and Father René gathered items from the altar, slowly collecting the chalice, the crucifix and other items before turning to blow out the candle. He slowly exited the church with his people following him. The doors were closed and we all left to pilgrimage to our new place of worship. We’re told everything happens for a reason and when that is usually said it’s because something tragic has happened. The closing of so many beautiful churches in The Netherlands tragic? To this American Girl… yes. [nbsp] All photos were taken by fellow[nbsp]parishioner[nbsp]Wilbert Maximus. Lisa Jochim [nbsp]