From December 16, public transport company Arriva will run a night train from Maastricht to Schiphol airport. Eindhoven is one of the stations where the Intercity stops. The service is complementary to that of the NS (Dutch railways).

The train departs from Maastricht at 01:01 at night. The intercity runs via Sittard, Roermond, Weert, Eindhoven, Den Bosch, Utrecht, Amsterdam Bijlmer Arena and Amsterdam Zuid. The train arrives at Schiphol airport at 03:15 AM and returns at 05:40 AM via the same route.

Tickets are on sale through Glimble, Arriva’s app. The tickets have a fixed price of ten euros, regardless of where you get on the train. In January 2023 there will also be a night train from Groningen to Schiphol. The public transport company expects to offer more train connections within a few years. 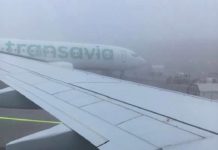