Art and culture build community. In times of crisis, it is culture that acts as a cement in binding various communities together. Creation and access to culture are great factors in enhancing and enriching our society’s well-being.

In a city like Eindhoven, that is home to various nationalities, culture and creative initiatives strive to not only be different but also help strengthen its international appeal. What is the Eindhoven Municipality doing to stimulate creative initiatives, events and programs in the Eindhoven area? With this and various other questions in mind, I decided to have an online discussion with Tanja Mlaker, Director Cultuur Eindhoven and Sanne Reiniers, Communication & Projects, Cultuur Eindhoven.

“Cultuur Eindhoven” is a foundation that implements the cultural policy of Eindhoven Municipality. It provides subsidies as a fund for makers, guilds, and cultural institutions. It also supports the cultural sector by, within our roles as advisors and connectors, organizing consultation hours, meetings, training courses, and workshops” explained Tanja at the very start of our conversation.

In Eindhoven, one may always soak up in the culture. Over the years the city, with its rapid growth – also thanks to the presence of the internationals – has also developed into a playground for urban culture. What kind of projects are undertaken by Cultuur Eindhoven to give a ‘cultural formation’ to the city?

“In principle, we finance many cultural institutions, like the city library, the city theatre (Parktheater), Concert hall (Muziekgebouw), several projects. We have a total budget of yearly € 22 mln. Besides, we also initiate/organize some projects ourselves,’ replies Tanja. “A good example of this is the Creative Industry Program. The ambition is to realize exemplary and innovative projects/activities in the field of the creative industry. In the period 2017-2020, a total budget of €1.4 million is made available for this purpose by the Ministry of Education, Culture and Science and the Eindhoven Municipality. The objective of the Creative Industry Programme is to sustainably strengthen the chain of a creative industry, from cultural education in the primary schools to the top professionals in Eindhoven.”

Cultuur Eindhoven also finances projects that mainly are linked with the communication with the expats and the internationals in the city. One such initiative was undertaken in 2017-2019 with Uit in Eindhoven and the Expats Spouse Initiative.“Several cultural institutions have therefore started an initiative to set up various cultural activities together with internationals,” says Tanja.

For arts and culture, there’re several ways to avail subsidy. I wanted to know about the subsidy possibilities in general. What are the requirements? Are the various expat groups also eligible to apply for these subsidies?

“We have several options at Cultuur Eindhoven,” Tanja begins to explain. “We finance cultural institutions for four years and we finance cultural programs for two years. In addition, we finance projects. You may also apply for an occasional project. That’s a one-off subsidy. For these grants, you must be a registered organization. In addition, we also have a scheme for creators: Quick money fund intended for individual creators. They can apply for a maximum amount of 3000 euros for activities in the field of presentation, research and production.”

In recent times, we’ve heard a lot about the cutbacks announced in the cultural sector. The corona crisis has only added to those woes. I wanted to know what’re the consequences of the new Brabant coalition agreement on Eindhoven’s cultural policies.

Tanja: “As far as the new coalition agreement of the regional government is concerned, it has been announced that from 2023 there’ll be more cutbacks made in the cultural sector, but how it shall be done and where those are still quite unclear. Among the 12 provinces in the Netherlands, there’re a few provinces that are more active in the cultural sector; others do relatively less. Our province of Brabant is very active in the cultural sector and does relatively much compared to many others. That’s something I’m very happy about. The province is co-financing several cultural organizations in the cities. Together with the big five cities (B5) in Brabant, we’re going to discuss what’d we like to achieve together in the field of culture in these coming years.”

Tanja also informed about the second edition of the report published by Waarde van Culture (Value of Culture), a kind of monitor index, which examines Brabant culture and follows its developments. Brabant is the first region to have carried out such a study and brings out a good overview of the strengths and weaknesses in the cultural sector in Brabant. It may help shape the policies regarding development and planning in the cultural sector, especially when the entire system is under great pressure, battling with the measures taken against COVID-19.

According to this report, people in Brabant believe that culture does contribute to people’s well-being: the percentage has jumped from 58% in 2015 to 68% in 2019. Brabanders attach great value to the social function of culture. “And although Brabant has a modest position with regard to the supply of cultural facilities compared to other provinces, more people visit cultural performances as compared to other provinces,” says Tanja with pride.

Cultuur Eindhoven also awards the Eindhoven Culture Prize once per year to organizations, initiatives or individual makers for their achievements in the city. Through their website, one may nominate cultural institutions, initiatives or people who are playing an important role in this sector. Internationals are also welcome to participate in this and can be nominated.

Nominations are possible in two categories: Incentive prize or an Appreciation prize. The Appreciation Prize is awarded to a maker or an organization with a proven track record, whereas the Incentive Prize is awarded to a party that has existed for less than five years, but shows promising trends in the cultural scene in Eindhoven. In August, the shortlisted nominees are going to be presented. Anyone may vote for their favourite nominee and in this way decide the winner of the Rabo Publieksprijs 2020. This is the third prize awarded at the Eindhoven Culture prize. The award will be presented at the end of October 2020 and the show will be live broadcasted by Studio040 and on Facebook.

Eindhoven News wanted to know about her message to the Internationals in the city. Tanja laughs fondly saying, “Be a part of our thriving cultural city. We’re aware that there’re several expats in the international group in the city, who wish eagerly to be connected with the cultural facilities and organisations. We, as Cultuur Eindhoven, can act as a bridge in bringing them together.”

“As stated above, Cultuur Eindhoven and Uit in Eindhoven together with Expat Spouses Initiative reached out to the internationals to see how they could be accessed. We’ve actually created kind of a platform together with them,” describes Sanne Reiniers .“We’ve seen that there are cultural groups who cater to the international audience. That’s also mentioned in their subsidy requests. We’re trying to find out how best to reach out to this group and in this regard, we’ve discussed with Irene Martens (Eindhoven News) too. We’ve also found out that they’d like to be involved with the setting up of the programs and the activities that are being organised. Many Internationals are trying to create together, a kind of a co-creation, in the area of program implementation.” 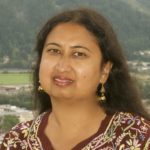 2 December 2021
Eindhoven Police have arrested a 20-year-old man from Eindhoven as part of a large investigation into the production and dealing of synthetic drugs. It is...