When you ask Benjamin Bok a question, first there is a silence of five to ten seconds. Then, a detailed answer, sometimes even more than one. Are you wondering who he is? Benjamin Bok is one of the best Dutch chess players. And he is a Brabanter from Veldhoven. 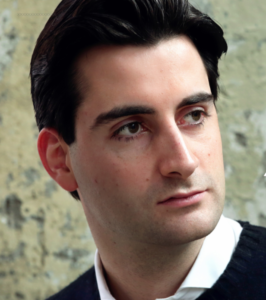 The 24-year-old from Veldhoven was contacted by Saint Louis University last year. The Missouri university wanted him to come to the US and offered him a generous scholarship. Since August 2018 he is studying there and plays chess for the SLU.

This waiting after the question. It is partly related to the content of the question. Suppose it is snowing for the first time of the year on Friday. On Saturday, ask people what they noticed the day before. Almost all respondents will answer “snow”. Bok first lets the whole of Friday pass his mind. “Snow” will not have escaped him either, but perhaps more striking things happened that Friday. Bok can draw out the day meticulously, he has a photographic memory. If you ask him about the result of PSV-Ajax football match in 1975, he lists the goal scorers as a bonus.

Anyway: Bok seems to have blossomed after less than a year in America. Not that he has become a different person. He wants to stay true to himself. But the answers come a little smoother than before. Every now and then Bok even allows himself to chit chat. “I am developing in different areas nowadays,” he says. “The study has been added. And you meet other people, make new friendships. My life now revolves around more than just chess. If you only play chess, it can become monotonous. I also have to do everything myself. Cleaning my room on campus, laundry. You can no longer fall back on your parents. But don’t make it bigger than it is. They are chores that you can easily finish. ”

His father taught him to play chess. “On a campsite in France, I was six-years-old” discloses Bok. “. “Three years later I defeated my father. And at the age of ten, I became a Dutch youth champion for the first time. After that, I was allowed to go to the youth World Cup. And years later chess is my profession. It wasn’t love at first sight. It grew gradually”. 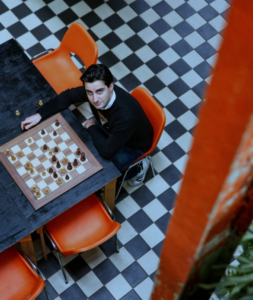 St. Louis houses the largest professional chess community in the world. Billionaire Rex Sinquefield is the architect of the Saint Louis Chess Club. The man who brought the World Chess Hall of Fame to town in 2007 invested a fortune in chess. In passing, he and his wife Jeanne surprised SLU last year with a gift of no less than 50 million dollars. The majority of the donation goes to the faculty for medical research. A small part goes to the SLU chess program. “I have met Mr Sinquefield a few times,” says Bok. “A simple, nice man with an incredible enthusiasm for chess.”

St. Louis city breathes chess. The American championship takes place there and other top tournaments are organised. Sometimes you also see former world champion, Gary Kasparov. It is good for my development because top players are role models for me.” Occasionally, Bok plays chess with Fabiano Caruana, who lives in St. Louis. This American-Italian chess player won the candidate tournament in Berlin at the beginning of 2018. He was allowed to challenge the reigning world champion, Magnus Carlsen. Caruana received a knock from the Norwegian in London last November. “It’s a shame Fabiano lost,” said Bok. 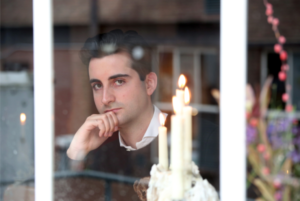 Bok was behind board number five during the ‘Schaakolympiade’ (chess Olympiad) that year. His score: 5.5 out of 8 (a win yields one point, a draw a half point). At the European Championships 2017 in Minsk, Bok placed a creditable 15th place. He qualified for that result for the 2018 World Cup where he finished 18th. This place secured him a spot for the World Cup in 2019, which will be held this year in Khanty-Mansiysk, Russia from September 9 to October 2. Last January Bok had a FIDE rating of 2643. This rating is a numerical indication of the strength of a chess player. The chess world sees 2700 as a certain limit for top players. In the entire chess history, only twelve grandmasters exceeded 2800, including world champion Magnus Carlsen, Fabiano Caruana and Hikaru Nakamura.

Benjamin is doing a business study. SLU approached Bok, not the other way around. Veldhovener Pedro Mol, who guides athletes on their way to American universities with his company Slamstox, helped Bok with administrative work. “Many things need to be arranged,” says the chess player. “You need all kinds of papers, such as a visa. Pedro studied and played tennis in America for four years. He has a wealth of experience, knows the tricks of the trade. His input allowed me to keep focusing on chess. ”SLU pays for everything for Bok. “Study, housing and food,” he says. “I also get some nice pocket money every month. When I play a tournament, the university arranges flights and hotels. You can see that as a form of sponsorship.”

And his studies are going well for him. His boxing grade point average (GPA) is 3.8. The highest GPA is 4.0. “I don’t have an A for English,” he says. “I can improve on that. But you don’t hear me complaining. I’m having a good time in America.”

After Anish Giri, Robin van Kampen and Erwin L’Ami, Bok is the highest placed Dutchman in the world ranking. L’Ami overtook him in February. That was because Bok performed a little less and lost points. He also skipped the Tata Steel tournament in Wijk aan Zee in January. “Otherwise it would have cost me two and a half weeks of study,” says Bok.

Last Christmas he was at the West Coast where SLU wanted to qualify in San Fransisco for the final four. Every year, more than fifty North American universities compete against each other in the battle for the national title. The competition consists of six rounds. The best four teams of that competition play chess in the following spring for the American university title. Bok and his companions just did not reach the Final Four. “One mistake can be fatal. And we were not in shape. We have a strong team though. Strong enough to go for the title. We will try again next season. ”

Bok is enjoying his life in the U.S. but he misses a few things from home. “The food and the Dutch cities”. You really should go to an Italian restaurant in St. Louis he says, inedible! And the cities miss a beating heart. It is ok, but I miss the meetings with my friends in the centre of Eindhoven.”

A chess player needs to have a lot of stamina, especially in his brains because a chess match can take very long. Last year he played in Wijk aan Zee his longest match until now. Against a Russian lady, after a while, it was a draw but I wanted to win and continued for a long time.

That tournament lasted more than two weeks, that one match seven hours. Finally, we agreed to a draw. Whether you are tired afterwards? That depends on the result. A draw is not a win, but you also do not lose. If you lose such a game, you will feel demolished.”

What does Bok want to achieve in short term chess?? “Becoming America’s champion with SLU,” he says. “Winning the Dutch Championship, performing well in the World Cup, coming out for the national team, getting the top 100 in the world ranking. And win a big tournament. Yes, that’s quite a bit. But why not?”

His talent is beyond doubt. For example, a few years back on The Isle of Man, Bok defeated then top-ten player Hikaru Nakamura. The American with Japanese roots, currently the number 16 in the world, was slowly driven into a corner. Nakamura finally gave up. “I’m pretty good at pushing the opponent away,” says Bok. “Progressively, not giving the opponent a chance to do something back. He sees it when he gets into trouble. If he starts to sweat, you know that you are close to victory.”