Home FEATURES The Guardian on Eindhoven 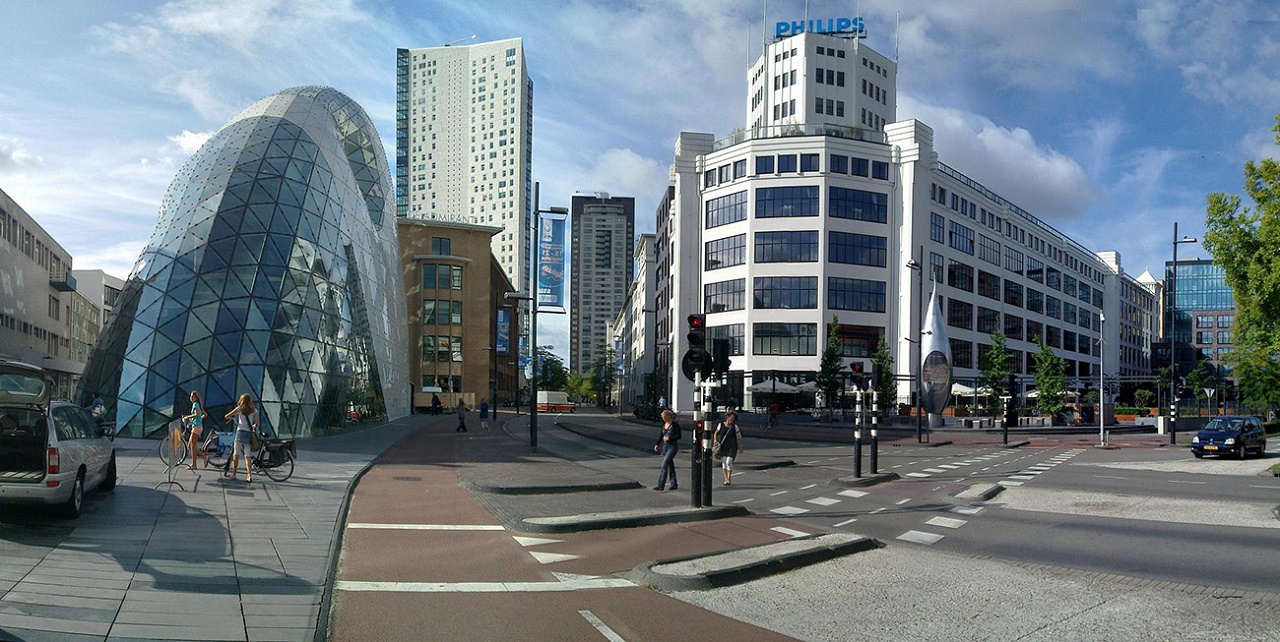 Last Thursday, the Guardian published a feature on its website about Eindhoven.

The Guardian’s headline raised eyebrows and caused some international readers to respond. Its headline? “We have the nerds and the hippies”.

One of the readers claimed “No one calls himself a hipster. Hipsters need to be told they are hipsters. And yes, Eindhoven is full of them. They swarm around the Design Academy. Hippies are scarce.”

Not sure if people ‘swarming’ around the Design Academy will agree. More fascinating: nobody took issue or objected to ‘the nerds’.

The Guardian continued: “… 3D-printed housing, experimental communities, ‘living labs’: barely a month goes by without news of innovation in the Dutch city. But are there downsides?”

A paragraph follows, describing “… Theo Salet builds up layer upon layer of greyish goop. He’s not making a cake, though – this Eindhoven University of Technology professor is perfecting a technique to build the world’s first concrete 3D-printed home.”

Hm: first concrete 3D-printed home? The Guardian dedicated a 2014 article to a Chinese company using 3D printing to build houses. These were built using a mix of cement and construction waste. Each house cost less than £2,970. The Chinese company was able to “print 10 complete houses in a single day”. So how innovative is the Eindhoven example?

While a technique is being perfected at Eindhoven using concrete, not a mix of cement and construction waste, it remains unclear when the first 10 3D printed houses will materialize in Eindhoven. Even though Guardian journalist Senay Boztas, who writes on Europe and particularly The Netherlands and Belgium, points out barely a month passes without some news about urban innovation in Eindhoven.

Of course, Brainport is mentioned next. Boztas claims this is the district for testing technology and community initiatives. She mentions the “living lab” at Stratumseind and Eindhoven wanting to be a “… place where the future is already on trial.”

Boztas interviewed deputy mayor Yasin Torunoğlu. He points out Eindhoven’s drive for innovation was caused by DAF and Philips. To be precise: the one’s demise and the other’s move of manufacturing to China, in the 90s.

Torunoğlu describes the 90s as “… a really tough period. Then the mayor and the heads of the chamber of commerce and the university said they needed to combine their powers. … we weren’t dependent on two or three factories but constantly working on social issues that provided business and jobs … We’ve become the city where knowledge-intensive companies base themselves and combine with designers: we have the nerds and the hippies.”

Boztas points out, Eindhoven’s population doubles during Dutch Design Week. She mentions startups and homes have filled former Philips buildings in the Strijp R district. She remarks Eindhoven has a thriving international community.

“Lungs of the City” – air quality

The first downside of living in Eindhoven? “Lungs of the City” – or rather air quality in the city, one presumes. For Boztas continuous: “A recent court case suggests Eindhoven is not utopia. The city has been working with its University of Technology (TU) and ENS Clean Air to test a system that charges and extracts fine particles from the air.” She describes the court case and difficulties surrounding the test with Q-Park.

Unfortunately, while citing Q-Park’s director Mark van Haasteren, Boztas does not mention last week’s decision by the Dutch government. As published by Studio 040 and Eindhoven News: the Dutch government allocated € 2 million to help improve air quality in the city center.

Another downside of living in Eindhoven? “… Prof Elphi Nelissen, Eindhoven TU’s chair of building sustainability, is working on the Brainport smart district, which will house about 3,000 people in 1,500 homes and cost more than €500m (£440m). She points out that data use is a big issue. …”

Mind: Brainport Smart District, the new housing area to be built in Brandevoort (Helmond) is ‘under construction’. As mentioned by Eindhoven News in October 2017, people were invited to think about their new neighbourhood which may be finished in 2020.

Nelissen claims, people who allow access to their data may one day benefit “… financially or from better services.” She mentions a “… € 100m budget for ongoing research and to ‘insure’ the people that live there, so if we make mistakes, we repair things we have done” is needed.

After recent scandals involving abuse of data by the likes of say FaceBook, Cambridge Analytica, and plenty other companies and hackers – is an open data platform truly what inhabitants want and need?

The article does not address this. It does not mention say: Eindhoven getting the first Dutch Cyber Resilience Centre, and similar interesting things. Nope: Brainport Smart District, to be completed around 2020 and the lack of budget for part of the project, are mentioned as a downside of living in Eindhoven.

A few present-day issues are mentioned by the head of public affairs at ASML. Downsides she mentions include the increase in housing prices and uncertainty present facilities will keep certain neighbourhoods attractive for people moving to Eindhoven.

The Guardian’s article concludes with surveillance at Stratumseind: the “Living Lab”. An interviewed bartender and a few of his clients seem positive or indifferent. Earlier this year, the Guardian published an article about the “Living Lab” in several Dutch cities. It pointed out the data gathering happened, while residents were oblivious. At the time, the EU had not yet sharpened its privacy laws.

Articles published by regional media, including Eindhoven News, certainly show that affordable housing for students and ordinary people remains a huge issue. As mentioned above: there seem to be no plans to start using 3D-printing, enabling 10 affordable houses per day to be built.

Those responding to the Guardian article also mention job-opportunities as a problem. Yet, Eindhoven did recently host the Expat job fair. On the other hand, Eindhoven News does regularly publish on companies have either problems filling vacancies, or needing to ax jobs.

Guardian readers also mention bad experiences at Eindhoven Airport and Eindhoven being the “Most ugly, unwelcome and boring city ever”. Worse: “Basic and simple city management is very poor and lacks connection with citizens.”

On the other hand, one reader states “Well, having been given a break on painting a façade feature at Stratumseind, I applaud Eindhoven’s creativity & willingness to give the outsider a chance.”

The article concludes with “what does Joe Public think?” Eindhoven News does not dub its readers ‘Joe Public’; we are interested in what you, our readers think.

After all, you live day-in-day-out in the city of “the nerds and the hippies”! What do you think are the positive and negative points of living in Eindhoven?

30 January 2023
Subdued and modest. These personal characteristics are reflected in the statue of Gerard Philips, which will be placed in downtown Eindhoven this spring. Artist...