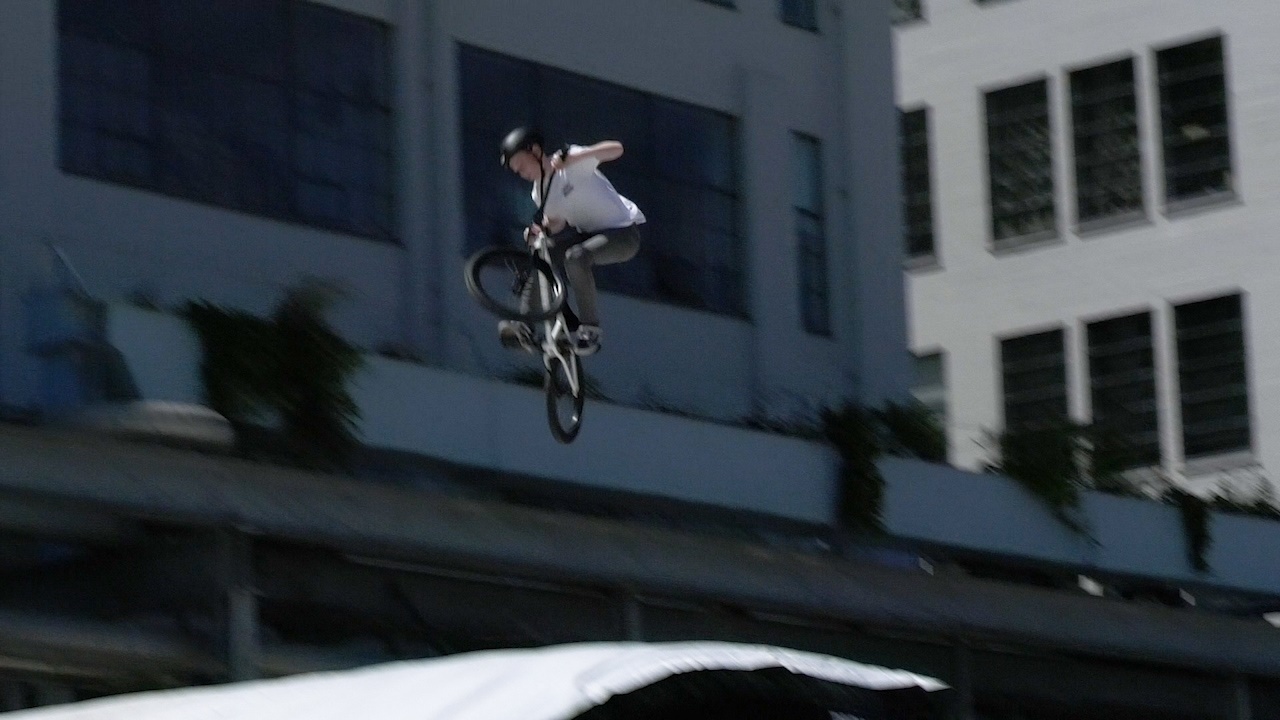 Eindhoven is leading in urban culture; sports and graffiti art. This is what people visiting Emoves, the Eindhoven urban festival at Strijp-S and the Berekuil state.

“I’ve moved from Amsterdam to Veldhoven, specifically for my sport. When it comes to urban sports in the Netherlands, it’s possible to do it here,” says professional bmx’er Daniel Wedemeijer. His colleague Tom van de Boogaard also agrees that Eindhoven is a hotspot for bmx.

Eindhoven municipality implements specific policies for urban sports, including space for a bmx park, skateboarding spots like Area 51 and soon a new place for free runners.

Graffiti artists from the Netherlands and abroad are also given plenty orders to give tunnels a facelift with their own art. A festival such as Emoves also contributes to a growing urban scene in the Eindhoven region.

“Nowhere in the Netherlands is the scene as big as in Eindhoven. In the past, many break-dancers, skateboarders and graffiti artists came from this city. At this festival you will see a beautiful melting pot of all these disciplines, and outsiders can also get acquainted with urban culture,” says Dave van den Berg of Emoves.