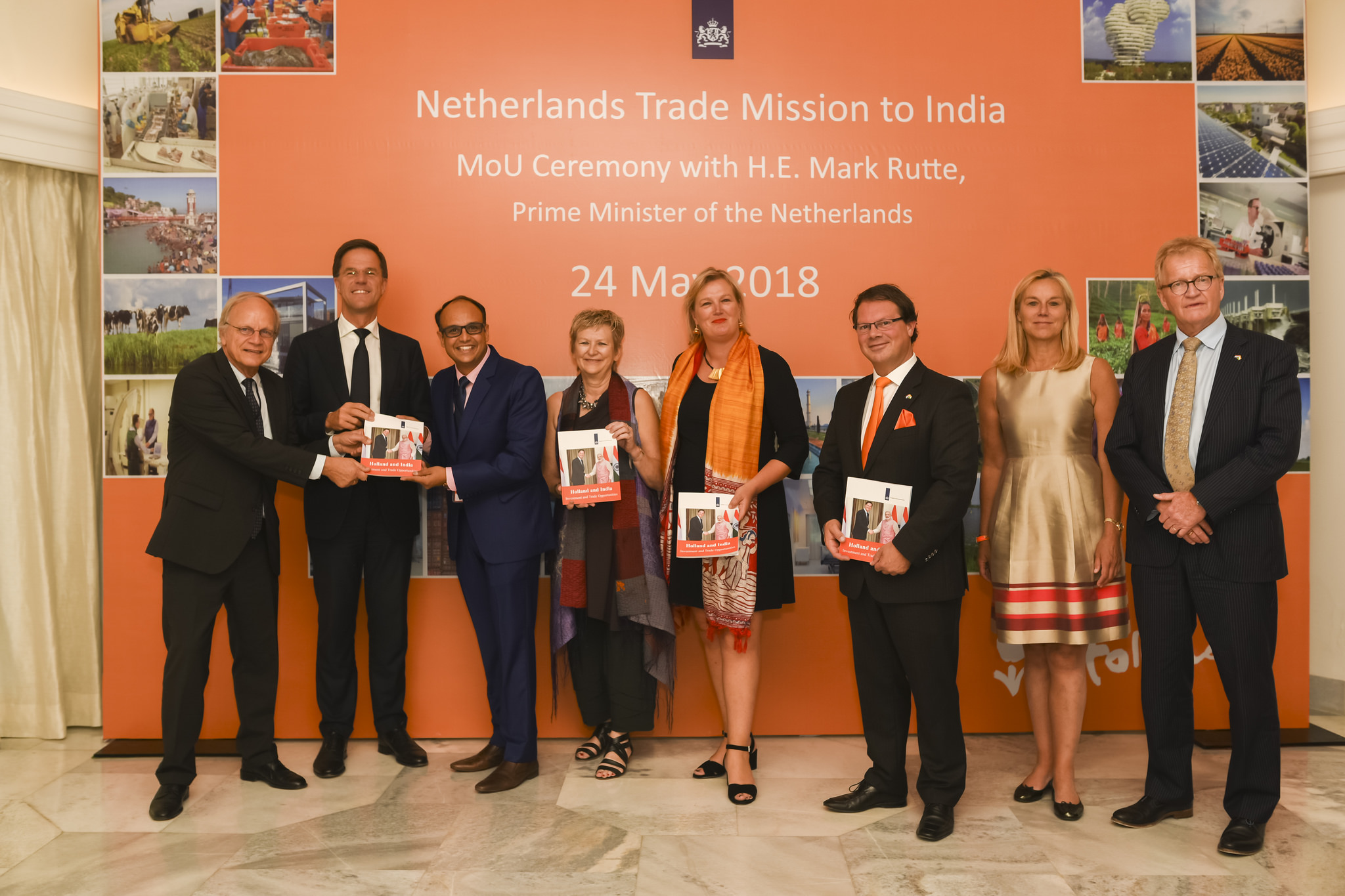 This partnership got a tremendous boost as the Prime Minister of the Netherlands, Mark Rutte, paid a state visit to India on 24 and 25 May. This visit sought to maximise the potential of the economic and commercial partnership between the two countries. It was a high-level business delegation comprising of four cabinet ministers, 125 companies representatives, and about 220 business participants that focused on strengthening the relations in agriculture, smart cities, healthcare, water management, and Research and Technology.

Lars de Vries, Senior Project Manager, India (BOM Foreign Investments), which is based in Eindhoven,  joined Prime Minister Rutte on his visit to India for the largest Trade mission ever. His company recognises Eindhoven as a hub for Indian companies. “We believe in cooperation and our region has a strong connection with India. With the city of Eindhoven being the hometown of Philips, which has also been present in India for the past 100 years, many IT companies have found their business relations with the front-runners in co-creation,’ he explains.

Eindhoven, as we know, is home to over 140 companies and institutions, comprising over 10.000 product developers, researchers, and entrepreneurs and an estimated 85 nationalities. Global companies in the Brainport region like NXP and TOMTOM have a long-standing and committed histories with India. Eindhoven, which is rated as the smartest region in the world, focusses on high tech, mobility, and design. “A few examples of companies from Brabant that joined this mission are Litevax, Eindhoven Medical Robotics, NXP, PAL-V, Schouten Europe, and MTD. Many relevant people from the Indo-Dutch network joined this mission, such as the NICCT, Assocham, as well as my acquisition colleagues from Rotterdam Partners, The Hague Business, and Amsterdam in Business,’ adds Mr De Vries.

He also mentions that the Dutch business environment is conductive for start-ups. “The Eindhoven company, Eindhoven Medical Robotics, is a great example of this. It provides advanced knowledge and technologies, assisting surgeons to do the impossible with their RoboSculpt, which has the ability to navigate autonomously during high precision bone surgery. A very promising technology start-up, which intends to ramp up to a 1.000+ people team, utilising the collaborative R&D network between the Netherlands and India, using the scale of the market that India offers.”

Anupam Nayak and Jordan Bos from Eindhoven Medical Robotics were also invited by RVO to join the Dutch trade mission to India. Together with their team, they have an ambitious plan to make EM Robotics a world leader in high precision surgical robots. They have a partnership agreement with TU/e. “Igniting young minds of surgeons by training them with the latest in technology and giving them an opportunity to join us back here in Eindhoven, also opens up diverse avenues for future educational and business collaborations,” Anupam explains. Anupam is the COO of Eindhoven Medical Robotics and founded the company along with Prof. Maarten Steinbuch. “Currently, all engineering and manufacturing are located in Eindhoven with pre-clinical tests and human trials being set up worldwide,” she informs us with enthusiasm. She earnestly believes that, “The power of joining forces with the Dutch initiatives in India will surely enable us to expand our presence in the fastest growing healthcare markets of the world.”

More and more Dutch people are choosing to start a business in emerging markets such as India. They do this not only because there are many economic opportunities there, but also because this is stimulated by the government.

Indian startups have registered notable growth in sectors like Fintech, logistics, medical science, and e-commerce. “Out of the 200 Indian companies in the Netherlands, our small region hosts almost 30 companies from India including the large corporates like Wipro, Infosys BPO, Cognizant, Tata Steel Tubes, RF Solutions, Banco Products, and many other small and innovative firms like Forthcode, and Intech DMLS which are now expanding to Eindhoven,’ explains Mr de Vries. “During this Trade mission, I focused on meeting as many Indian companies with a presence in Brabant, who have current projects and new companies that might be interested in establishing in our region. We wanted to make sure that we became recognised as a hub for Indian companies. ”