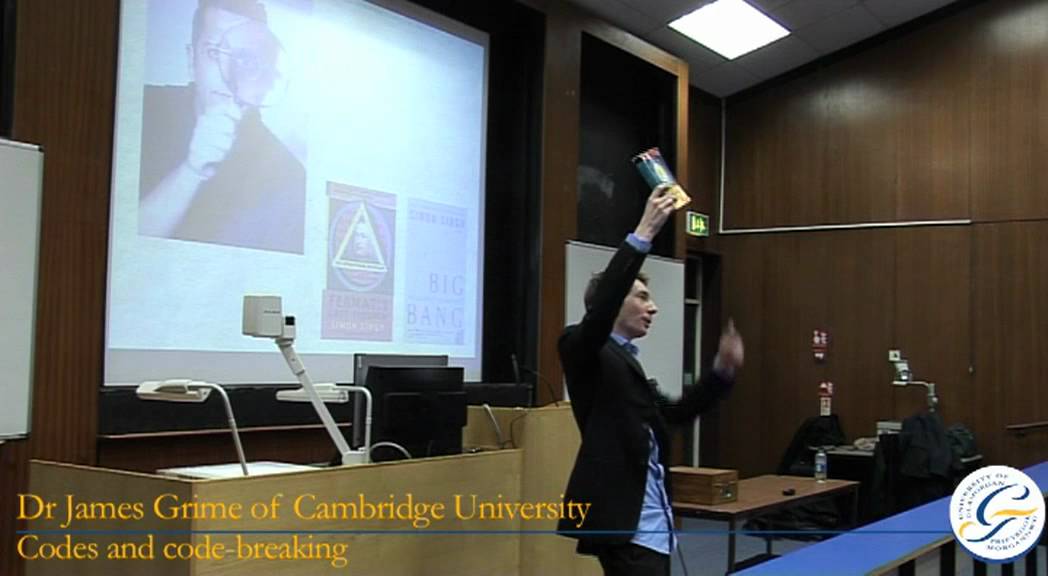 There are codes all around us that we are not aware of. Mathematician and numberphile James Grime reveals this unseen world of hidden secrets and code breaking.

James Grime will reveal how film studios know if you are sharing movies illegally. How to hide a secret message on the internet in plain sight. He will tell you about a World War II code machine even more secret and difficult than the famous Enigma, and introduce the Golden Age Hollywood actress and secret inventor who came up with an idea still used in WiFi today.

Dr James Grime is a mathematician and public speaker. Formerly of the Millennium Mathematics Project for the University of Cambridge, James now runs The Enigma Project and travels the world giving public talks on the history and mathematics of codes and code breaking.