Alida Dors’ urban dance in the Parktheater on February 13 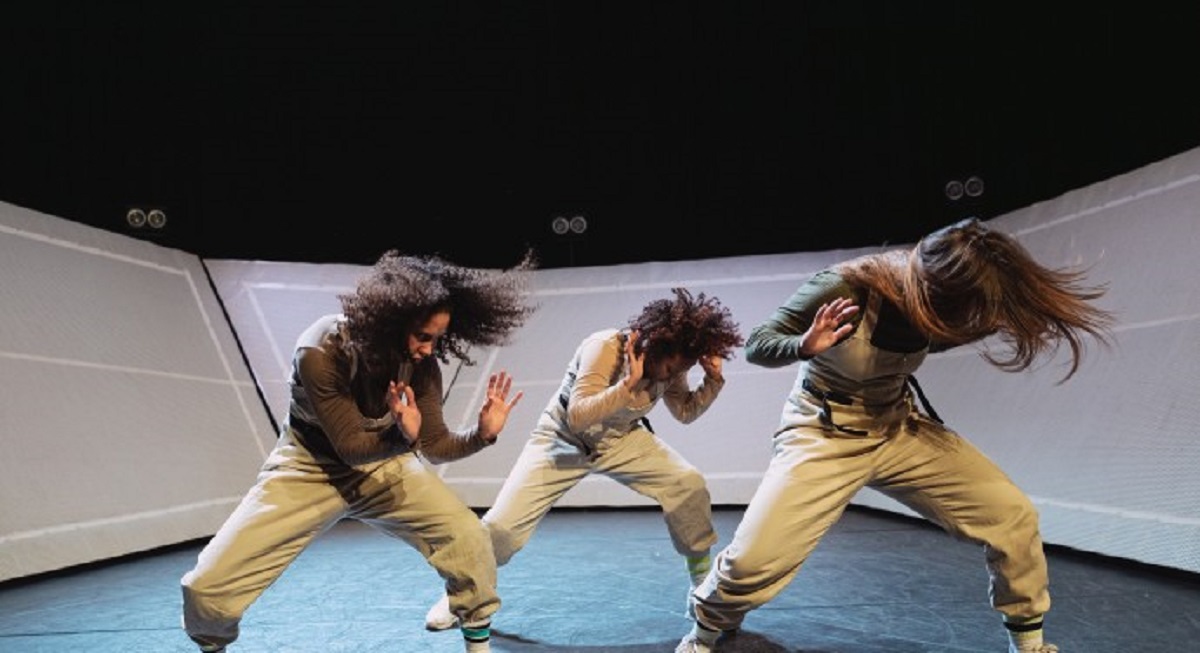 After a successful tour with the performance Speak Up! choreographer Alida Dors returns to Parktheater Eindhoven on 13 February 2019 with her latest urban dance performance Rebound. Six dancers and a live musician examine the themes ‘resilience’ and ‘identity’. A performance for and about the go-getters among us. Do you have the resilience to rediscover yourself when everything has been taken away, and how do you do that?

We see six dancers enclosed by walls in an anonymous space. In this suffocating situation they are condemned to themselves and each other. Visibly stripped of what gives them a social identity this creates an investigative dance. How do you actually show who you are, when much of what you gives an identity falls away and the word has no value anymore? What determines who you are when background, status and culture do not matter anymore? The here and now is decisive, but memories, fears and structures bump mercilessly on the walls. Do you give up or: ‘Rebound’?

Alida takes Rebound (2005) from Conny Janssen as a starting point. Just like Conny, Alida researches the theme of ‘resilience’ and, with the addition of the theme ‘identity’, gives her own twist. In a raw and at the same time sensitive performance, the human skill to bounce back is becoming visible.

“I see the resilience of people in many places in society. At first sight hopeless people in our society transcend themselves time and time again. Refugees worldwide show their willpower. As species we are incredibly inventive. That touches me. “- Alida Dors

Alida Dors (Amsterdam, 1977) already danced with various dance crews at a young age. During her degree in Fiscal Economics and then Sociology she became a popular dancer, stood on stage with large hip-hop stars like P. Diddy and Usher and then decided to focus entirely on choreography. Alida was artist in residence at theater MC in Amsterdam and then joined Korzo in The Hague. In 2012 she won the Prize of the Dutch Dance Days in Maastricht.

Alida Dors has been running her own dance company BackBone since 2013. In addition, she makes more and more work for the public space and the street; where hip hop comes from. Hip hop is the source of her work and in her performances she always seeks adventurous encounters with other disciplines. By mixing hip hop dance language with contemporary dance, music, spoken word and video, she develops her own dance language that expresses the core values of hip hop. Her performances are an energetic call for (self) reflection and awareness of our share of society. This socially critical attitude is an important breeding ground for Alida, who is also a sociologist in addition to being a choreographer. The human and his behavior are therefore obviously the core of her work.

8 February 2023
In a shed in Veldhoven, the members of carnival (carnaval) association De Brassers work hard every evening. Another week and a half and then...