Home NEWS Politics ‘Europe needs its own chips, and Brain port can help with that’

‘Use the Brainport region to develop your own ‘European’ chips. Otherwise, we are too dependent on the rest of the world.’ That is the message of a heavy delegation of speakers, including the Minister of Economic Affairs, during the opening of the academic year at the Eindhoven University of Technology (TU/e).

While the outside is teeming with seeking first-year students, the academic year opened in the Atlas building on the TU/e campus on Monday by an EU Commissioner, the Minister of Economic Affairs, and the CEO of ASML. The heavy delegation draws attention to an important issue. “We need to become more independent in the production of chips in Europe. With the current tensions in the world between the US and China, many things can go wrong. Our chips are now mainly produced in Taiwan. If something goes wrong there, the consequences are incalculable,” says Robert-Jan Smits, TU/e president.

“Investments must mainly be made in talent. The university has been asked to supply many more educated people. That is why it is important that we can grow”, added Smits.

To realize such ambitions, more money is needed from the Netherlands and Europe. That’s the clear message with the opening of the academic year.

“The investments will make the city more vibrant. Housing and green cover will increase, and so will jobs. Many older people in Eindhoven have experienced redundancies at Philips and DAF. Those people know, having a good job is one of the most important things”. 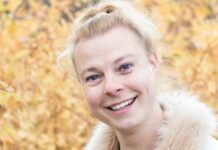