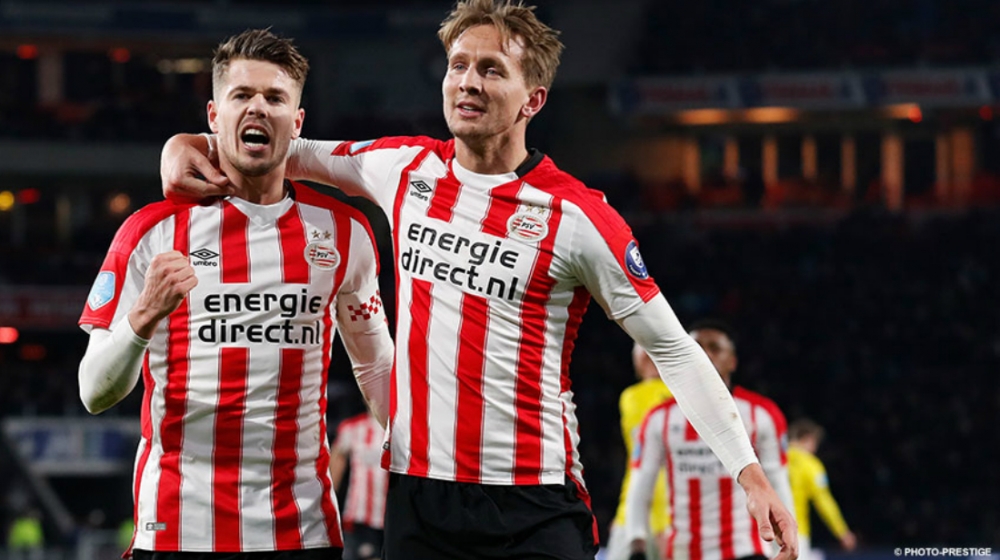 After a season that got rewarded with national title number 24, it’s obvious several players will make a move to a bigger club in a bigger competition. This is part 2 of an overview of which players are most likely to leave and which will probably stay in Eindhoven.

In part 1 you could read the last updates on Marcel Brands, the Champions League and internationals who are joining their selections, plus I listed the PSV defenders and their situations concerning possible transfers. Today it´s time for the midfielders and attackers. Enjoy the read!

10. Marco van Ginkel: a great product from the Vitesse Youth Academy who suffered from knee injuries ever since his move to Chelsea in 2013. Several operations and periods on loan at AC Milan and Stoke City later, his best times were yet to come in Eindhoven. Last season he joined PSV from the start of the season and became the captain, scoring 14 goals in 28 games.

Van Ginkel was absolutely crucial in the title fight, but his knee once again appeared to be a weak spot, forcing the medical staff to keep him off the pitch for another couple of weeks. Chelsea has now put Van Ginkel on display for 11 million pounds, and the questions for his future are: Does Marcel Brands want to spend that much money on him, considering the busy schedule with European football coming up? Does Van Ginkel want to play in Eindhoven another year? And if both questions are answered with ‘no’: which club has a better offer for Chelsea and Van Ginkel than PSV?

6. Jorrit Hendrix: finally got the place in the basic eleven he wished for, after Andrés Guardado moved to Real Betis. However, with Isimat-Mirin taking Héctor Moreno (transferred to AS Roma)’s place, he had too much responsibility and the first dramatic result was that PSV didn’t qualify for European football for the first time in 44 years. Head coach Phillip Cocu saw himself forced to station Hendrix and van Ginkel next to each other, and from then on, things went a lot better.

It appears the real test for Hendrix has still to come: how will he do if he plays as the only defending midfielder, with a better defender behind him and two midfielders in front of him? I’m quite sure Cocu has decided on Isimat’s future already, so maybe he will move back to the old system, allowing the world to see what the 23-year old PSV Youth Academy product is up to next season. Playing this system will also makes for a much easier insertion of talents like Pablo Rosario and Dante Rigo, something Cocu and PSV obviously aim for stronger than taking the risks that come by keeping Isimat satisfied.

23. Bart Ramselaar: got more playtime than last season, but most likely still isn’t as happy as can be. The 21-year old came from FC Utrecht to PSV in 2016 and has now played 58 matches in 2 seasons. Cocu’s forced switching of system in August allowed for only 1 attacking midfielder, while with Pereiro, van Ginkel, Gudmundsson and Mauro Júnior he had 4 more. Van Ginkel got moved back a line permanently, and first choice Pereiro didn’t show what he had in him.

Even though it looked like Ramselaar finally took over, Pereiro got more playtime at the end of the season again. If Cocu doesn’t switch back to the system with 2 offensive midfielders, it’s not very likely all aforementioned players want to again fight for a place in the basic eleven. So either Cocu plans a new team with a key-role for Ramselaar, or the latter will probably try his luck elsewhere. 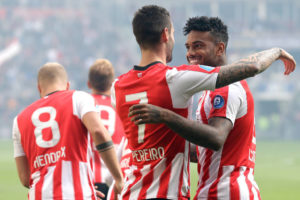 7. Gastón Pereiro: hasn’t had a single consistent season since he moved to Eindhoven. Nobody doubts his talents, but everybody sees he only shows it when he plays big matches. The question is whether you can learn such a player to get his motivation from something else than external stimulae. And if not, then obviously the only cure is to move on to a bigger competition as soon as possible.

Pereiro will not join the national selection of Uruguay at the World Championships in Russia. If he had gone there, it would have raised the amount of euros clubs had to put to the table for him. In that sense, his absence in Russia is not only a disspointment for himself, but also for PSV.

Attack
11. Hirving Lozano: probably the number 1 player everybody knows of that he has a bright future ahead of him, and wonders not if, but when he will leave Eindhoven. Ever since he arrived ‘Chucky’ has created a hype, both on and off the pitch, in the Netherlands and abroad. Apart from his two red cards and a lack of efficiency in either the last pass or finishing before the goal, this diamond has been razor sharp.

17 goals and 7 assists in 29 competition matches are fantastic numbers for a first season in a new competition. Being only 22-years old, clubs can take big risks and sell him on for big numbers again, and the question is what the player himself will choose after the World Championships in Russia. Probably the best thing would be for him to stay another year at PSV, not having to worry about anything but focus on the national team of México and be sure of a season full of European football and enough to learn to get ready before the next big step outside the Netherlands.

9. Luuk de Jong: Luuk had a lot against him at the start of the season. After he apparently had lost his ability to score in his last season, he saw a transfer to Bordeaux mysteriously fail in the dying minutes of the transfer window. So now first had to deal with the ‘new old’ situation himself, and so he did. He became very important for the team and starting scoring again.

Even though he said to be happy the fans always kept supporting him, it’s a fact a lot of fans actually didn’t. For everyone in the team and staff, and those who know about tactics, he was undoubtedly crucially important because of all the labour and effort he put in extra defensive work and being a real teamguy behind the scenes. It says a lot about his professionalism and mentality that he kept working hard, but a bit like Brenet’s situation, it wouldn’t be a miracle if he went abroad to feel a bit more appreciated for that. Also, he’s obviously ripe for that and becomes 28 this August, so it might be a last opportunity.

17. Steven Bergwijn: the goldenboy that finally showcased why everyone at PSV was so excited about his talent. After Jürgen Locadia unexpectedly made his move to Brighton and Hove Albion during winter stoppage, the way was free for Bergwijn to take. And he took it. Especially his solo and finish against FC Utrecht away is one that convinced many unbelievers that his supporters have been right from the start.

The Amsterdam born 20-year old made his appearance 32 times in the competition and scored 8 goals, most of which after Locadia had gone. However, moving now would be too soon for him. He hasn’t reached his full potential, can learn to use his speed more and become more efficient before the goal and simply grow into a consistent winger. Another season in Eindhoven can help him do that, so that in a year he can say he performed well in the Champions League and earned his place in the national selection all by himself.

This article is part of a triptych. Read part 1 here and part 3 here. And keep checking back for updates, because it’s gonna be a busy (transfer) summer for sure!