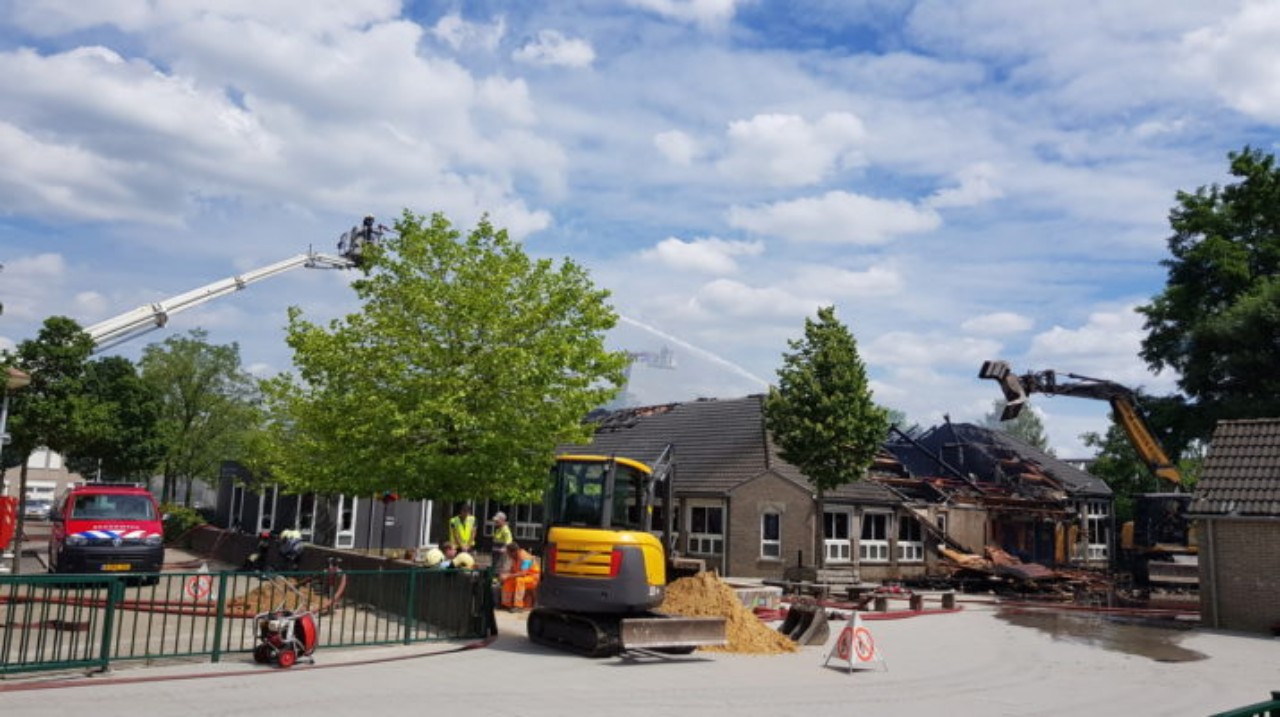 A suspect will appear in court for the “Onder de Wieken” primary school arson. This is according to the Eindhoven Police.

On 10 June last year, a fire razed this school to the ground. The police immediately started an investigation and arrested a suspect, who was later released. Unfortunately, this investigation hit a dead-end, and the case was closed.

The police, however, received new information and the case was re-opened earlier this year. It was featured on the TV programme, Bureau Brabant. This is aired by Omroep Brabant. The police spoke to several witnesses, and on 30 April a 21-year-old suspect from Eindhoven was remanded in custody.

The investigation is now complete, and a dossier has been prepared. The suspect has been released, pending his court hearing. “We thank you for the information provided”, writes the Eindhoven Police on their Facebook page. “Together we solve cases!