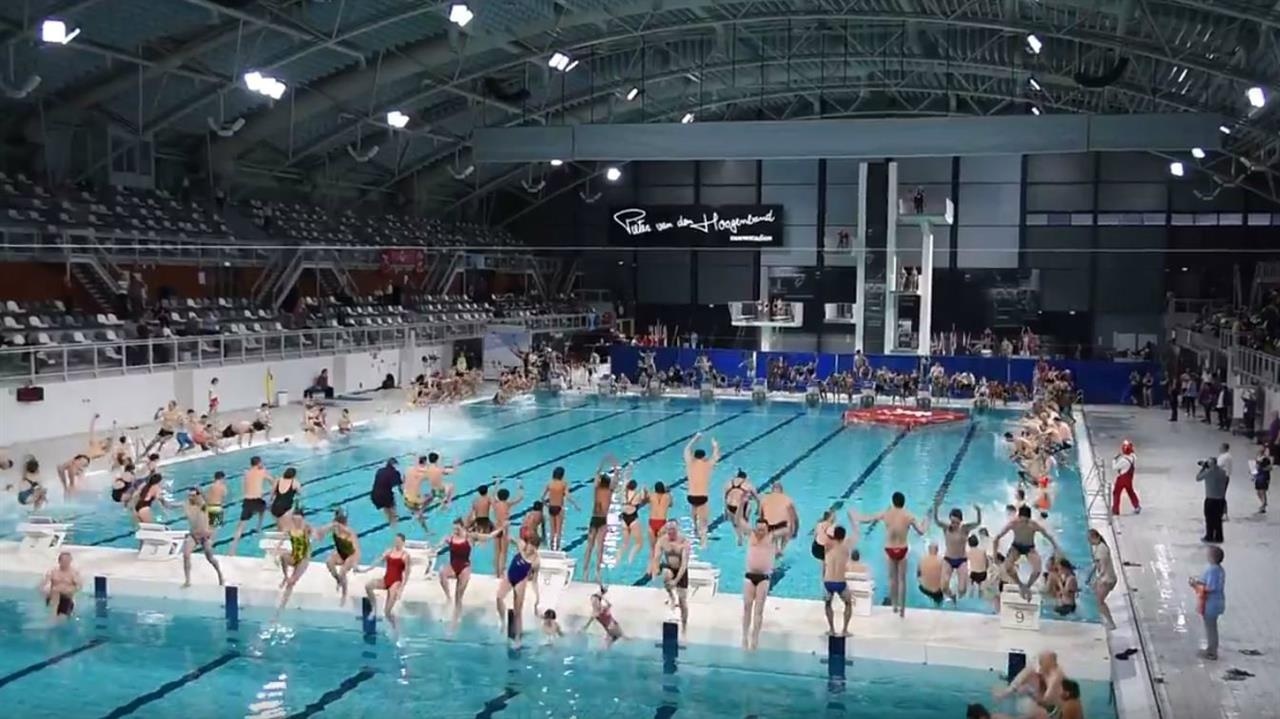 The Dutch may call it ‘bommetje‘ (small bomb); elsewhere this is known as performing a cannonball dive.

Sunday, over 281 people jumped into the water at the same time at the Pieter van den Hoogenband swimming stadium. Together they set a new world record cannonball diving.

The previous record, set by 232 people performing a cannonball dive together, dates from 2013. This record was held by New Zealand’s The Salty Syndicate. If the Eindhoven record is approved, it will not just be a new world record, but enter the Guiness Book of Records.