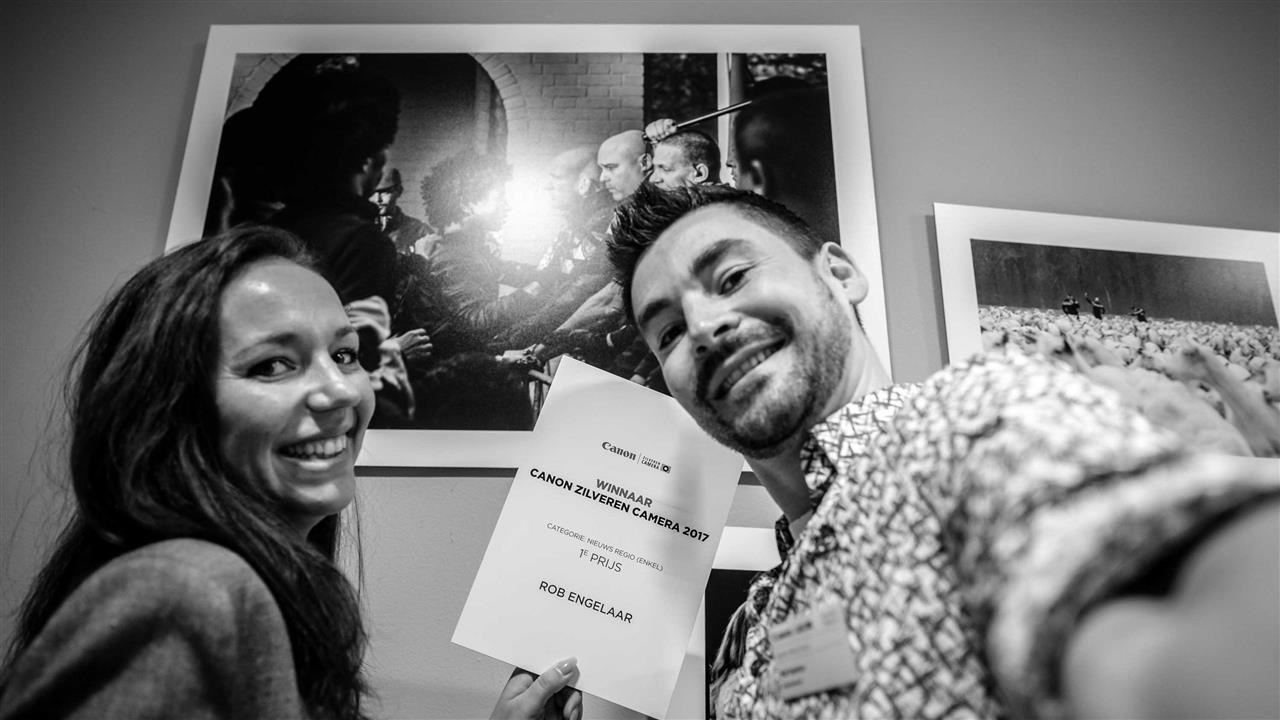 Press photographer Rob Engelaar from Geldrop, was awarded a Dutch ‘Zilveren Camera‘ (Silver Camera). He won the prize in the category ‘Nieuws Regio Enkel‘. This category is for a single photo taken during a regional event.

Engelaar won the ‘Zilveren Camera‘ for his photo of a demonstration by a group of Eritreans in Veldhoven. His photo is called ‘I’ve got your back’. The photograph captures a moment between demonstrators and police.

Using Twitter, Engelaar stated he is extremely happy with his award. The ‘Zilveren Camera‘-awards are prestigious prizes for press photographers.

The prizes have been awarded annually since 1949. Press photographers can compete in over ten different categories.