Home NEWS Sport Scoring is not enough for PSV 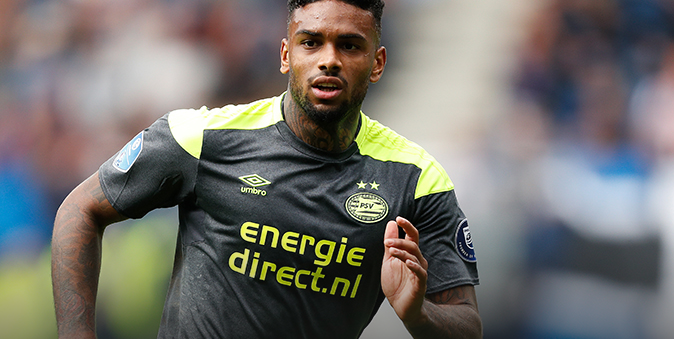 PSV is still 008 points ahead of Ajax and have increased the difference with national champions Feyenoord to an amazing 014 points. Who needs 007 when your goal difference counts +25, you say? Well, let’s see why scoring is not enough for PSV.

Last week, PSV played quite a terrible match in Zwolle. PEC did a great job keeping LoLo from even getting close to scoring and actually dominated more parts of the game than PSV did. After De Jong missed an opportunity to score the 0-1 in the first half hour, Cocu’s squad hardly created anything anymore. The second half was for PEC Zwolle and the fact that PSV won after a goal from Isimat in the 93rd minute, says a lot, and was probably more than they deserved. You can also look at it from a different angle and conclude this victory is a perfect example of how ‘European’ PSV have learned to play under head coach Cocu through the years: no matter how ugly you do it, winning is all that counts in the end. And that is something the Netherlands really have to get used to. Well, no wonder the city of innovation is PSV’s hometown then.

Artificial turf
The win in Zwolle crowned PSV as the champions of artificial turf. What? Artificial turf? In professional football matches? Yes, in the Eredivisie there are several clubs (PEC Zwolle, ADO Den Haag, Excelsior Rotterdam, Heracles Almelo, VVV-Venlo, Sparta Rotterdam and Roda JC Kerkrade) who have an artificial turf pitch and PSV are the team who has won most of the matches played on such pitches. More and more people are calling to get back to natural grass, but in the meantime, let’s see this lead is also something positive. Maybe.

Roundup
In the past weekend, Mark van Bommel’s Under 19 lost their home match against John Heitinga’s Ajax Under 19, while PSV’s Under 21 beat Utrecht Under 21. Goalkeeper Yannick van Osch has prolonged his contract until 2020. The 20-year old was permanently added to the A-selection in september and now sees his hard work rewarded with an upgraded deal from his paymaster. Coach Sabrina Wiegman has selected keeper Angela Christ and striker Vanity Lewerissa for the qualification matches against Slowakia and Ireland. The two strongholders from the PSV women’s team were also part of the selection that became European Champions in the Netherlands, last summer, and are now fighting for a ticket to the World Championships of 2019 in France.

PSV.nl has been chosen as the best and most popular Dutch sports website of 2017, after having been crowned winner of 2008, 2009, 2010, 2011, 2012 and 2013 as well, and scoring a second place last year. PSV’s main sponsor, Energie Direct, received the same price in the ‘energy’ category. Hirving ‘Chucky’ Lozano has been nominated by CONCACAF for Best Player of North and Mid- America. Eloy Room, substitute for Jeroen Zoet, has been nominated for Best Goalkeeper on the same website. You can cast your votes right here: https://awards.concacaf.com/en

More artificial turf
Last Sunday was the first match for PSV as champions of artificial turf, on artificial turf. The end score was 2-1 for PSV. The opponent was Excelsior, the team that kept national champions Feyenoord from actually becoming champions, at the Van Donge & De Roo Stadium, last May. They beat their big brother with 3-0 (https://youtu.be/O0n1i0Pp9xA), postponing Feyenoord’s first national championship party in 18 years for yet another week. It was at the exact same stadium where Excelsior kept AZ from becoming national champions, back in 2007. With Cocu still playing as captain, PSV beat Vitesse at home with 5-1, indirectly beating  AZ’s follow-up Ajax on basis of goal difference. This is one of the reasons Cocu always tells his players to score more goals; he’ll never forget about that day (https://youtu.be/36K3DuhdV3A)

Statistics, facts and fear
In history, PSV have played 20 away games against Excelsior, the 3rd team of Rotterdam after Feyenoord and Sparta. PSV won 16 and lost only 2. PSV won all of the 5 last away matches, scoring 3 goals in each one of them. Since their 8th promotion to the Eredivisie in history, in 2014, Excelsior are slowly becoming a serious stayer for the Eredivisie. With a miniature budget of €6,2 million, the ‘old paper-club’ (former chairman Martin de Jager collected old paper and exchanged it for money in order to keep the club from getting bankrupt) from Kralingen are currently sharing a 9th position on the rankings, and with a stadium capacity of only 4.500 visitors, these are the kind of games that ask a lot of the mentality from the bigger clubs’ players. Looking at the fact that PSV are not the kind of team that wants to make the play, and Excelsior doesn’t have the players to do that either, everbody with a warm heart for the team of Eindhoven can only hope this won’t be another frustrating sunday. But it can’t be worse than the first 92 minutes of last week, can it…?

Ajax the only serious contender
Unfortunately PSV-defender Jordy de Wijs, sent on loan to Rotterdam, has a knee injury and can’t perform against his paymaster. On PSV’s side, everyone except Santiago Arias, Ramon Pascal Lundqvist and Luuk Koopmans is completely fit. When it comes to that, and everything mentioned before, PSV has no excuse and has yet to confirm they are kings of the artificial grass. Looking at the ranking, only Ajax is a serious contender for the title at the moment, and are closest follow-up with 8 points less. The Amsterdammers now have the same goal difference, due to their performance in Breda, last week, where they beat NAC with 8-0. PSV has scored 3 goals more, but also collected 3 more. Coach Cocu luckily also noticed that scoring isn’t enough for PSV this year, if they want to become national champions again.

Join the conversation online at https://www.facebook.com/groups/PSVEindhovenINTL