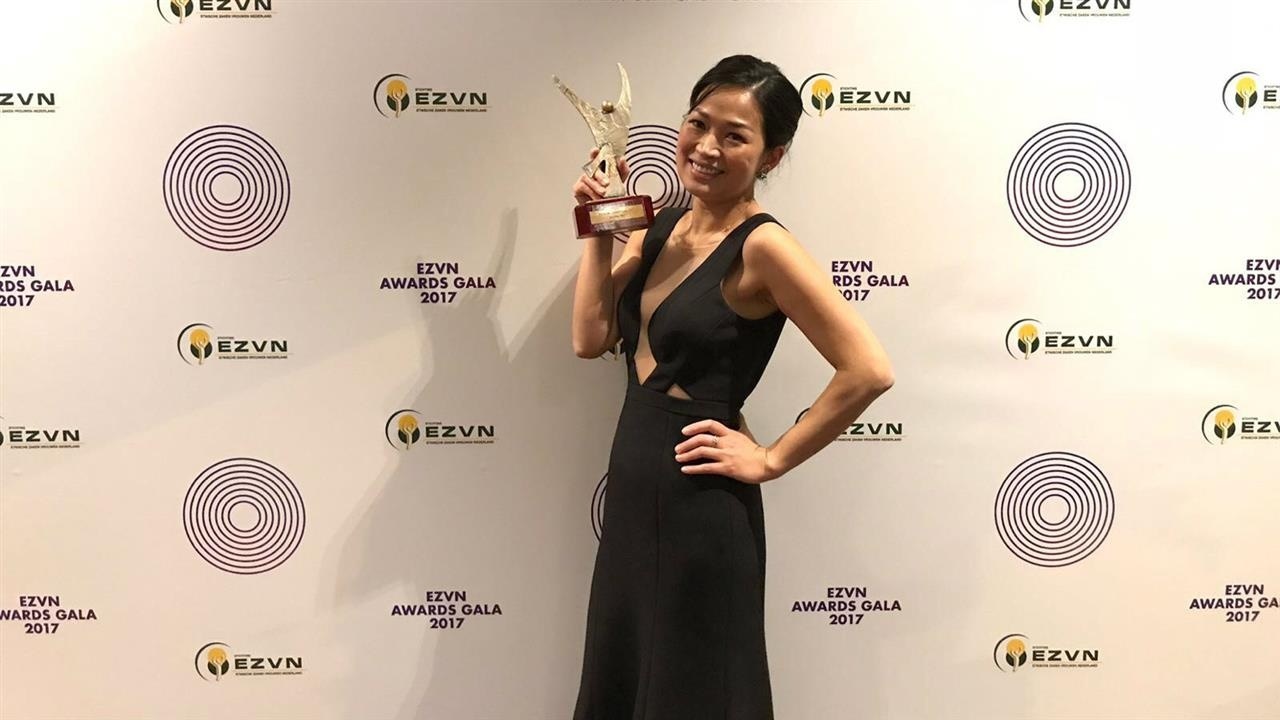 Hotel and catering entrepreneur Eveline Wu, who lives in Eindhoven, was named Ethnic Businesswoman of the Year, in Rotterdam.

Ms Wu received the title during the Dutch Female Ethnic Awards Gala (EZVN), at Hotel Wings in Rotterdam. It was the fourteenth edition of the EZVN Awards. Earlier this month, news already broke that both the Eindhoven entrepreneur and Maggie Feng of the Wittenborg University were on the awards-list.

Ms Wu is head chef and owner of four Eindhoven restaurants: De Kreeftenbar, MOOD, Soho and Wynwood. Eveline Wu moved from Shanghai to Eindhoven at the age of fifteen.

Following in her father’s footsteps – he is a Chinese chef too -, the enterprising Ms Wu learned Dutch and started working in the hospitality industry. Less than four years later, aged just nineteen, she opened her first restaurant. Ms Wu’s first restaurant also happened to be the first Dutch wok-restaurant.

During the Dutch EZVN Awards, successful businesswomen with an ethnic background are put in the spotlight. Not only because of their achievements, but especially to serve as role models.