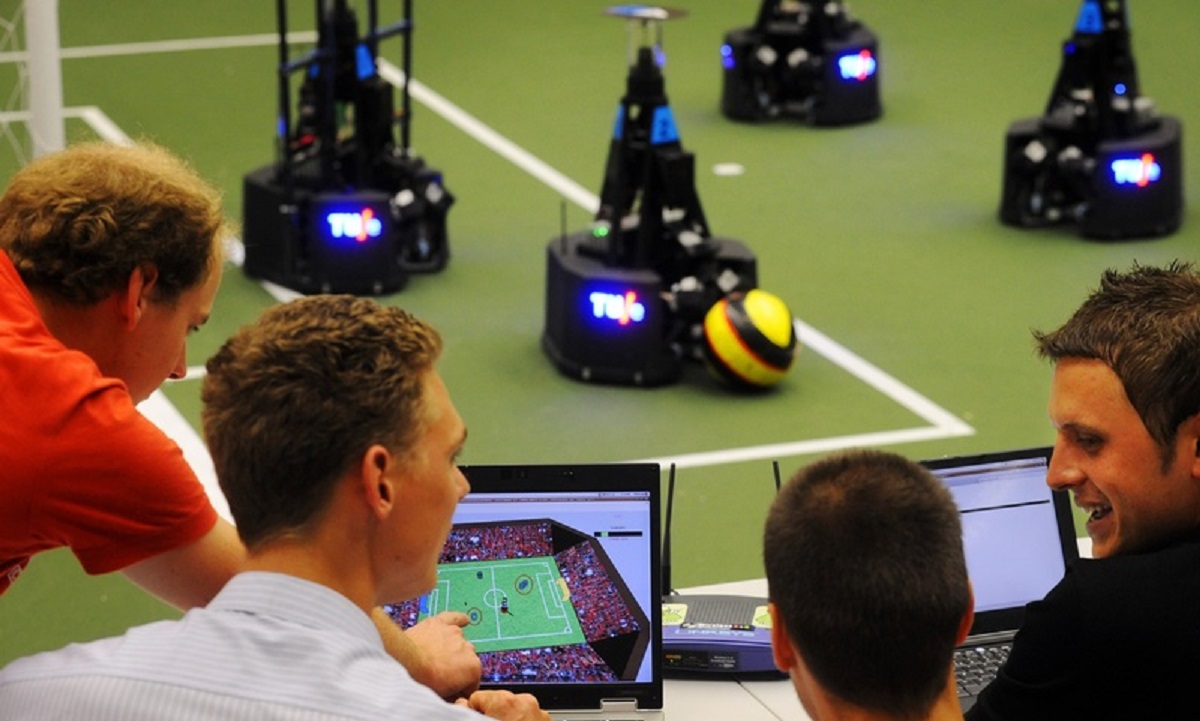 The Eindhoven robot football players of the TU/e lost the final of the World Cup in Japan, this morning. The Chinese University Team Water, won the match from Tech United: 6-3.

The Chinese started well, by scoring the opener and using many opportunities. Despite the pressure, Tech United managed to pull back and score an equalizer.

Shortly afterwards, Water scored again. After the break, the Chinese team continued to put away the ball with both teams at 4-2. Water then took the lead to 5-2. After this score, the game became less exciting, though both teams struck again.

Tech United won the world title in 2014 and 2016. In 2015, they lost the World Cup Championship to their competitor Water as well.