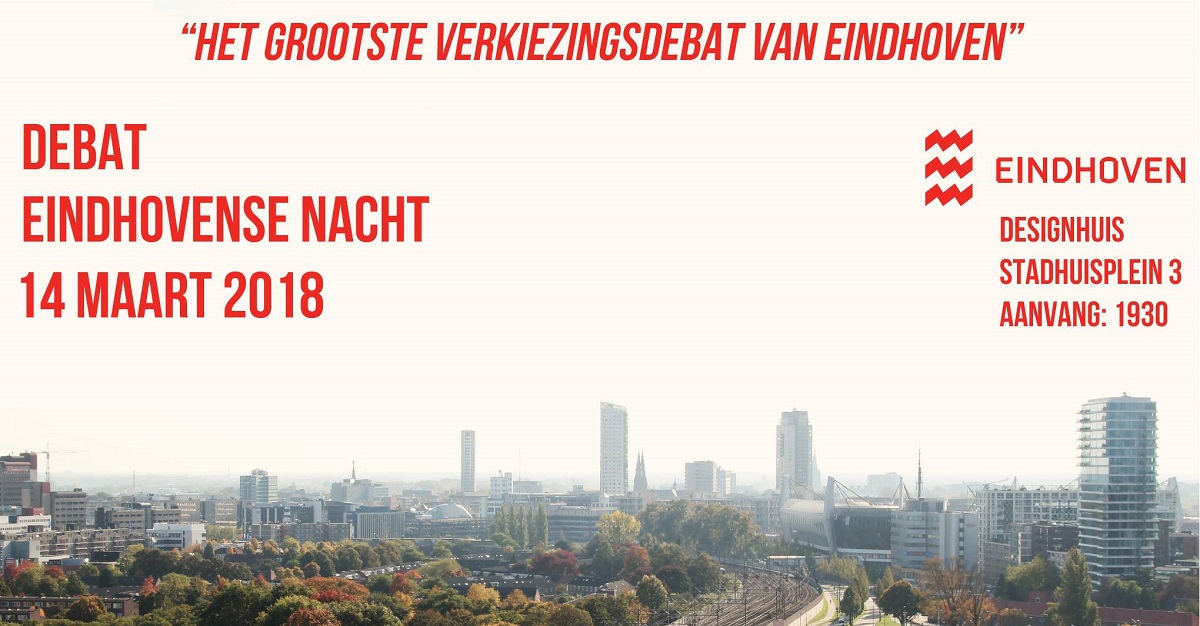 Tomorrow in the Designhuis in the city centre a Dutch/English debate will take place on the nightlife of Eindhoven. It is organised by the ‘Nachtcollectief’.

The local municipality elections are ahead of us (21st March 2018) and Siem Nozza took the initiative to debate about the city’s nightlife. In collaboration with the Night Mayors of both Amsterdam and Berlin they have organised a debate in which all our voices, visions and opinions about the state of our nightlife will be heard and discussed.

The following questions will be talked about for example:

– Do the internationals/expats have enough ways to mingle with and connect to the Eindhoven nightlife?
– Is our nightlife overall diverse and frequent enough?
– Should there be an actual Night Mayor in our city to connect between ‘night creators’ and our municipality?
– Is the permit appliances process smoothly enough or are there any points of improvement?
– Does Eindhoven have a sufficient amount of nightclubs?
– How does nightlife improve the actual liveability of a city by day?

The debate will take place together with members of the current and upcoming municipality’s local council, the Night Mayor of Amsterdam, Mirik Milan, Eindhoven city’s night creators and the audience.