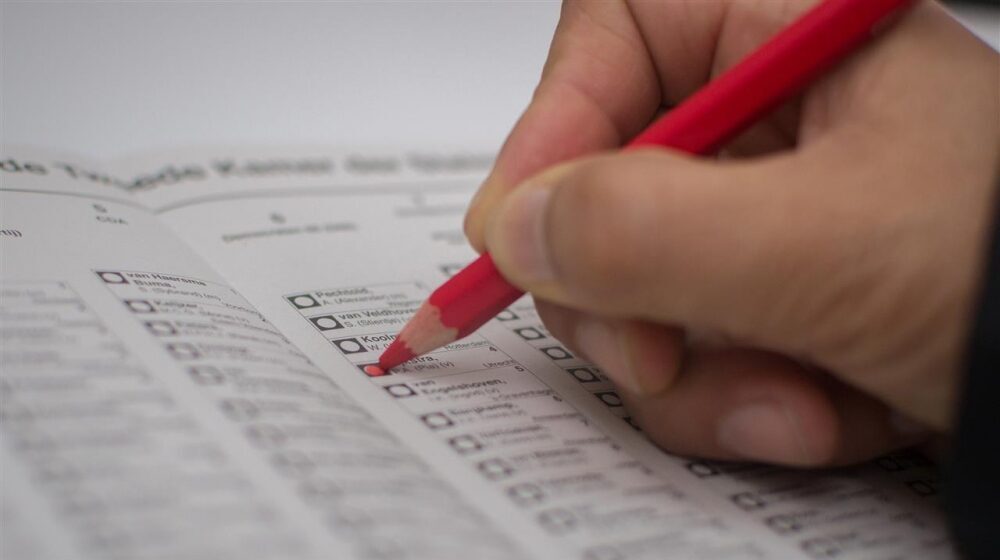 It is a fact that every Dutch citizen has the right to vote. This is how democracy works. However, there is one group of voters that is not nearly as well informed of their voting rights. People with non-Dutch passports have the right to vote in the council elections but many do not know that fact.

National elections in the Netherlands play an important role to guide the future for the Netherlands. While council elections are meant to be closer to the needs of the inhabitants of a municipality and this includes expats. Eindhoven proudly calls itself a ‘Brainport’, with foreigners coming far and wide bringing their knowledge to the city. With so many expats moving to the city, it is safe to say that the city considers itself a friendly beacon to migrants.

As of now there are around 46000 internationals living in Eindhoven of which 12000 are EU-citizens. Those with an EU-passport have immediate voting rights while other migrants must legally live in the country for 5 years before they can cast a ballot.  Now the question that remains: is the group who can legally vote truly informed of their voting power?

Surprising not every Dutch citizen understands who has voting rights. During a social event at the Hub in Vestdijk a Dutchman and a Dutchwoman were surprised to find out their Scottisch spouses could vote in the local elections. They wondered why they did not sooner.

Lefteris, a Greek student who has voting rights, did not know he could vote but was not surprised that nobody told him. “The government does not really do a good job including non-Dutch. It is very difficult to find information because everything is in Dutch.”

According to council member Saskia Lammers (Groenlinks/Dutch green party) migrants are eagerly awaiting the end of their five years of non-voting status. “Our party actively campaigns to include expats”, she said after a recent council meeting. “Establishments like WIJeindhoven and VluchtelingenWerk inform and integrate internationals, so we do offer them aid.” Sites like the Kiesraad also have English options for folks who do not fully understand Dutch. This site gives a detailed explanation on voting rules in general.

Another perspective is given by Rudy Recker, who said during council dinner drinks, “Lijst Pim Fortuijn doesn’t need the migrant vote.” He is the only member of the LPF party (a Dutch Populist party).

Chirsto Weijs, current council member from the Christian Democratic Appeal (CDA), sees things a bit differently: foreigners should not be worried because every party fully supports an expat-friendly Eindhoven. “They don’t have any specify issues that are problematic when it comes to the elections,” Weijs commented. Weijs’ judgement claims that foreigners do not have the same issues as Dutch citizens but aren’t we all neighbours in this city.

As for the municipality of Eindhoven itself, its site is not fully in English. Information about the up-and-coming election is all in Dutch. When asked why this is cause, the press center informed me I could use Google translate. Moreover, it is not the only municipality that works this way. Our Director of Eindhoven News Irene Martens explained that “Bureaucrats expect you to comprehend Dutch when you vote.” Understandable but then if expat voices are not heard, the municipality should not be surprised.

Groenlinks member Kay Sasche voices a slightly different view about the accessibility of voting, presenting a broader picture in the municipality. The council member, who is German by nationality, clearly demonstrates that the expat community wants to participate in local politics. He said that he hopes to have more international colleagues in the council.

Expat Kay Sasche thinks the municipality is partly to blame for the lack of knowledge about the upcoming elections. “However, not everything can be done by the city. It goes both ways. If we don’t put in the motivation to vote, then in my opinion they shouldn’t vote,” was Sasche’s view on the matter. This raises another question: are internationals actually interested to vote.

About 2 million foreigners live in the Netherlands. This one eight of the population living here. It is unknown how many expats happen to vote for the election. The reason being, is that the official voter turnout figures – made by the central stembureau – only distinguish between who has voted and who has not.

After discovering their voting rights, the Scottish spouses decide to be politicly active.  Lefteris is also willing to participate, after he does his homework on Dutch politic parties of course.

9 December 2022
East Brabant police are concerned about developments around football violence in the region. Police chief Wilbert Paulissen believes too many police officers now have...