No-one from the Eindhoven business community has as yet come forward to sponsor the culture prize. The audience award of the Eindhoven Cultuurprijs needs sponsors. This is reported by organiser Cultuur Eindhoven, which still hopes to find a sponsor before awarding the prize.

Three prizes will be awarded: one for an established name, one for emerging talent and an audience award. With all three awards comes a cash prize of 7,500 euros for the winner.

The money for the first two cash prizes comes from the city’s culture budget. The public prize is financed by a sponsor, who has yet to come forward. Last year the audience award was sponsored by Rabobank.

“We are looking for a sponsor who, as a real partner, helps us to raise the Cultuurprijs to a higher level”, says Eindhoven Cultuur. “Until now, we’ve been in contact with several companies. Unfortunately, it turned out that several parties do not have a sponsorship policy and when they do, they do not have a budget available for culture.”

“It is extremely disappointing that we have not found a suitable party within the business community this year that is willing to invest in the Eindhoven Cultuurprijs,” says Tanja Mlaker, director of Culture Eindhoven.

“We will keep looking and hope that the willingness to sponsor in the business community will increase in the near future. It would be nice if we found a partner who would like to give the Cultuurprijs extra shine together with us,” says Mlaker.

The nominees for the culture prize were announced at the end of August. Enthusiasts can vote for the audience award until september 30 on their website. 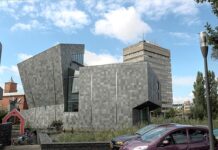 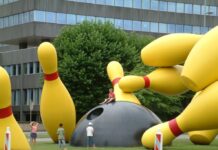