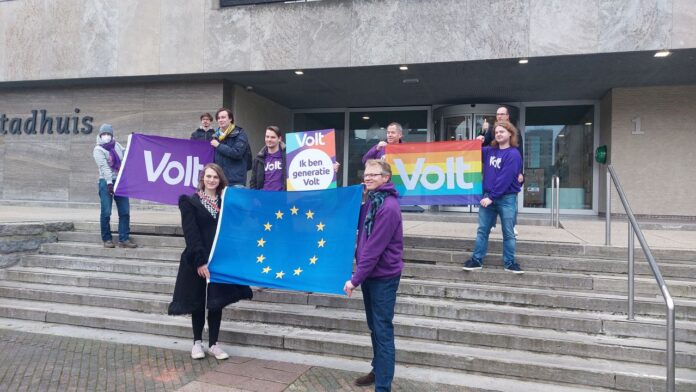 Volt has received enough statements of support in Eindhoven to participate in the March municipal elections, according to the party.

Last Wednesday and Friday, there were opportunities for residents to sign a statement of support. Several people also went to the town hall on their own accord to support the political party.

The party says it now has enough declarations to participate in the March elections. These declarations will now be combined and handed over to the central electoral committee of Eindhoven on 31 January.

Every political party that has not yet sat on the city council must first recruit sufficient statements of support. Only then can the party participate in the municipal elections.