Gas heating on terraces will be out of the question from 2023. Entrepreneurs are being encouraged to look for environmentally friendly alternatives. Businesses with unique ideas for terrace cover are encouraged to submit requests to the council.  Ideas that add to both the economical and touristic aspects are particularly encouraged.

While gas heating is still present in the scenes of cafes and restaurants, this shall slowly become a thing of the past. However, entrepreneurs may have invested in patio heaters and this is taken into account. Therefore, a transition period of two years until the end of October 2023 will be introduced.

Often, the sustainability ambitions go further than a moral appeal. “Given the associated sustainability aspects, a moral appeal is being made to entrepreneurs to make as much use as possible of alternatives, and existing measures such as cushions, blankets, and good windbreaks,” says a council representative.

Catering establishments with an island type of terrace may make use of a roof for their terraces. Reducing the size of outdoor seating to their old format should also offer more street space. This will be particularly useful for shoppers at the end of the year festive season.

Stratumseind shall be the only place exempt from this rule. The municipality believes that the existing canopies provide sufficient options to cover the terraces. Due to the narrowness of the street, further expansions and roofs could create a dangerous situation. For instance, emergency services would no longer be able to enter the scene in the event of an emergency. Another undesirable effect would be that an extra roof would reduce camera surveillance in the street. 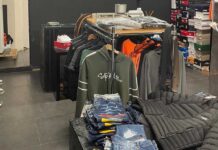