A study will be carried out to see whether the ‘Gat van Waalre’ lake can be used by surfers, canoeists and surfers. This was decided by the Waalre municipal council.

All parties supported a motion on this by political party ZW14 on Tuesday evening. The group writes that residents in the neighbourhood have been advocating water sports on the local lake for some time. Furthermore, the party believes that the sewage overflow in the Gat van Waalre is not as bad as expected. Pollution is only said to be visible in the immediate vicinity of the overflow. The water quality also recovers quickly. “The Dommel is more polluted than the Gat van Waalre and people are canoeing and surfing there”, Gerard Lammers, of ZW14, says.

Alderman Jan van Burgsteden embraces the idea of an investigation. “Everyone who ever walks by the Gat van Waalre thinks that there could be more to that lake than just looking at it”. Yet there are clear limitations. “Swimming is absolutely advised against here because of concrete and rubble that can stick out. We are investigating whether surfing and canoeing is possible. We do not allow water fun with motorised vehicles”.

Parties in the municipal council would therefore like to see more water sports enthusiasts on the Waalre lake. However, they do think that it could become busy if the Gat van Waalre were to be opened up for this purpose. “This attracts people from outside and they do not come by bicycle. This could cause traffic problems”, PvdA councillor, Ger de Winther-Meijers, says. The Alderman promises to include this aspect in the study.

Earlier, residents around the Gat van Waalre collected a list with dozens of signatures to make it possible to go windsurfing and surfing. 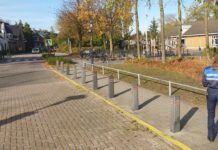 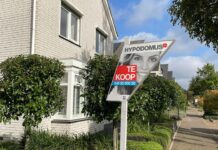 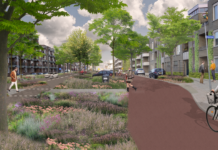 Boschdijk greener and more room for cyclists and pedestrians